"We're Earth's only hope. Besides we're not just us anymore we're the Ultra Force."

Ultra Galaxy Fight: The Destined Crossroad
The Ultra Force (ウルトラフォース Urutora Fōsu) is a trio of Ultra Warriors consisting of Ultraman Scott, Ultraman Chuck and Ultrawoman Beth who came to the Earth from Planet Altara in Nebula M78. They first appeared in Ultraman: The Adventure Begins where they defend the Earth from the monsters from Planet Sorkin.

The three Ultras are close friends from the planet of Ultras. When the Planet Sorkin exploded, the people of the Land of Light deduced that several fragments where heading towards Earth at an unnatural speed. Expecting the worst, the Inter Galactic Defense Force sent a trio of Ultras to protect the Earth from possible invasions. Upon arriving in Earth's atmosphere, the three Ultras, in the form of spheres of light, crashed into three exhibition pilots, merging with them to save their lives.

The three pilots took up the call they were given and with the help of their fighters, mother ship and base, located in Mount Rushmore, battled the Sorkin threat. Each learned to call upon the Ultra within them when their lives were in imminent danger, being able to transform at will afterwards.

After the trio triumphed over King Myra, seemingly putting an end to the threat posed by Sorkin's fragments for the time being, the Ultra Force was given permission by their superior to stay on Earth and guard the planet from any other fiends from the stars. Ultraman: The Adventure Begins

The Ultra Force appear for the first time in live action in Mega Monster Battle: Ultra Galaxy Legends The Movie. They appear with Ultraman Powered, Ultraman Great, Ultraman Max, Ultraman Xenon, and other citizens of the Land of Light to face off against Ultraman Belial, but were soon defeated. They were also seen in the ending, listening to Ultraman King's speech.

After a long absence, the Ultra Force make their second live action appearance in Ultra Galaxy Fight: The Destined Crossroad, in which the trio tag-team Absolute Titan.

Chuck Gavin is the toughest and oldest of the team and the de-facto leader of the Ultra Team. He transforms into Ultraman Chuck.

Beth O'Brian is the cool-headed female of the team. She transforms into Ultrawoman Beth.

Scott Masterson is the youngest member of the Ultra Force. He transforms into Ultraman Scott.

Walter Freeman is a mysterious old man who introduces the team to the base and explains their origins. He is the captain of the Ultra Force. He usually spends his time as the grounds keeper of the golf course.

A group of support robots built to assist the Ultra Team. Their true names were too long for the team to remember, so they were given nicknames by Scott (who came up with "Ulysses" and "Samson") and Beth (who came up with "Andy"). The initials in their names form the letters "USA".

The three transforming at once 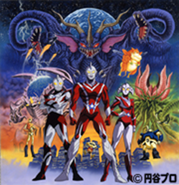 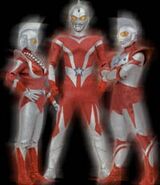 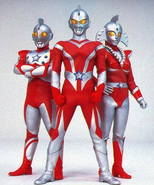 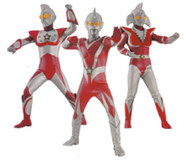 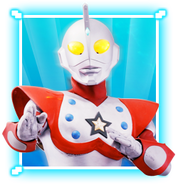 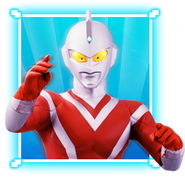 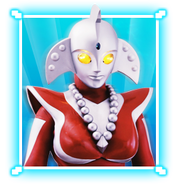