Ultraman Wiki
Register
Don't have an account?
Sign In
Advertisement
in: Weapons, Ultra Weapons, Return of Ultraman,
and 3 more
English

Still in use
The Ultra Bracelet (ウルトラブレスレット Urutora Buresuretto) is a multi-purpose weapon that was used originally by Ultraman Jack. It was later mass-produced for other Ultras.

As revealed in Ultraman Zero The Movie: Super Deciding Fight! The Belial Galactic Empire, Seven forged the bracelet from the energies of the Plasma Spark. After a defeat from Bemstar, Ultraman Jack received the Ultra Bracelet from Ultraseven which has helped him even further. Taro also had his own Ultra Bracelet named Taro Bracelet (タロウブレスレット Tarou Buresuretto), which later upgraded into King Bracelet (キングブレスレット Kingu Buresuretto) by Mother of Ultra. Some time later, Zero, Seven's son was sent on a mission to investigate the source of the Darklops as he is given an Ultra Bracelet, or Ultra Zero Bracelet (ウルトラゼロブレスレット Urutora Zero Buresuretto) (personally named by Zero) which enables him to travel through dimensions. 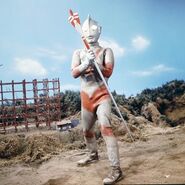 Much like Ultraseven's Eye Slugger, the Ultra Bracelet was seen exploited by many enemies in the Ultraman Series. Among them are: 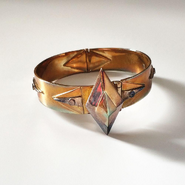