All Ultra Warriors and some Fake Ultras

Natural ability to all Ultras
The Ultra Beam (ウルトラビーム Urutora Bīmu) (most commonly known as a Beam (光線 Kōsen)) is a staple Ultra ability that all Ultras have. Each Ultra has their own version or technique, but the most known, and suspected to be the most basic, is the Spacium Beam used by the original Ultraman and Ultraman Jack.

In Ultraman Nexus, it is shown that analysis of an Ultra's Light can allow one with the proper knowledge and technology to create an artificial version of their Ultra Beam that is just as powerful as the original. This shows that each Ultra has their own unique beam even if they use the same substance such as Ultraman and Ultraman Jack, who despite having the same type of energy, their beams are still slightly different from each other. Ultraseven and his son Zero both use the same type of energy called Emerium, but while Seven uses the Emerium Beam, Zero uses the Emerium Slash which appears slightly different from his father's beam.

It is known that as Ultras grow older they grow stronger and their inner light and supposedly their Ultra Beams also become stronger with them. Despite their varying levels of powers, different elements etc, even the most basic Ultra Beam can seriously maim and/or destroy the average monster.

In Ultraman Mebius, the Final Meteor was called the Spacium Redoublizer and was stated to amplify Spacium Beam energy. The fact that it worked on Mebius' Mebium-Knight Shoot and Zoffy's M87 Beam, implies that all Ultra Beams are based on Spacium Energy.

Earlier in Mebius, Teppei was able to separate Femigon via a METEOR and Mebius' Mebium Shoot. The bases for this was the belief that Jack's Spacium Beam caused the previous Femigon to seperate from its host safely upon defeat. Although inaccurate of the events in Return of Ultraman, the fact that it worked implies that Ultra Beams have a quality that can disrupt such bonds, and some theorize even atomic bonds. It is unknown if this also extends universally to Ultras outside the World of the Land of Light, but their beams have also shown similar levels of destructive power.

In Ultraman Story 0, the Ultras are seemingly all born knowing their signature beams, with the most basic being the Spacium Beam which the most used by the overall Ultra population. It has been shown that the Ultras do not use their beams at full power which, in the case of Zoffy and Taro, are shown to cause damage of a similar level to a nuclear explosion. Ultraman Jack was able to destroy three monsters with his Spacium Beam, overexerting himself in the process. It is unknown how the manga now connects to the TV series but since it was once canon, the situation could be similar for the Ultras from television.

In ULTRAMAN, bearers of the Ultraman Factor produce Spacium Energy within their bodies. It is uncertain how similar to Ultras they are, but seeing as they bear the genes of the original Ultraman, it is possible that this energy is important for their superhuman abilities. Shinjiro, first collapsed and passed out after firing his first Spacium Beam. This would collaborate with the episode of Ultraman Ace, where Ace Killer was absorbing the powers of the previous Ultra Brothers. The energy he took was the same as their signature beams save Jack, from whom he took his bracelet. It is possible that Ultras convert light energy into the same energy as their beam to use. 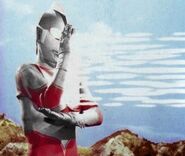 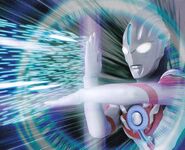 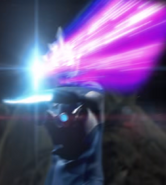 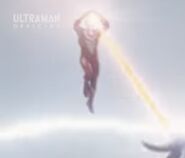 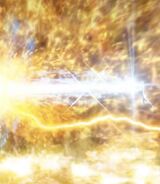