A normal day at the Super GUTS headquarters, everyone were celebrating the TPC Staff Officer Miyata Sage's birthday until a strange wormhole appeared and released Torongar as it rampaged at a plant. Super GUTS dispatched and attacked the beast but failed due to its regenerating ability. Dyna appeared and fought but in the middle of the battle, he retreated. Staff Officer Miyata Sage revealed that back in 10 years ago, he rode the Snow White jet in order to investigate a planet named Planet Gigaru. Once arrived, he was attacked by Torongar until a female alien named Alien Gigaru Churasa appeared and saved him before Miyata left the planet later. He still haunted by the events on that planet to the point where it had also broken his spirit.

The next day, Torongar appeared and rampaged briefly before retreated. While investigating a strange signal, he was brought into a spaceship where he met his old friend, Churasa as she presented him the Tears of Churasa, an emerald that can weaken Torongar. It was revealed after Miyata left the Planet Gigaru, she died after being killed by the monster. Her spirit runs her spaceship and trying to gave Miyata her gun and the Tears of Churasa. Now with a renewed spirit, he sets out to hunt the monster and avenge Churasa's death. After a short chase, he finally detected the monster but it overpowered Miyata until he was saved by Super GUTS and Torongar fired by GUTS Eagle Beta and Gamma. But the happiness short-lived as it grew large and attacked. Dyna joined the fought but easily overpowered by Torongar. Miyata later loaded the Tears of Churasa's gemstone onto the Gigaru gun and fired on the monster's heart, losing his regenerating ability and allow Dyna to destroy it via Solgent Beam. 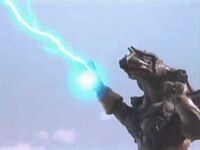 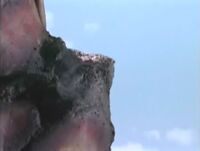 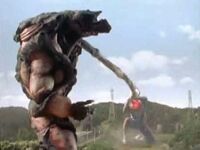 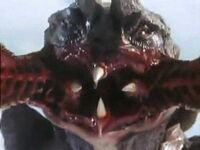 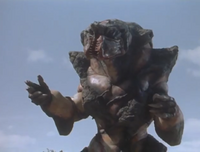