Ultraman Max episode 33 "Welcome! To the Earth: Part 1: The Science of the Planet Baltan"

For countless years the Planet Baltan was the apex of scientific knowledge in the galaxy. Theirs was a world that had found peace, peace between its people and between civilization and nature. However the day came when that peace would end. The people of Baltan saw the people of Earth, humans, beings that resembled them but so different. They advanced not for the sake of it but for economics, the result of the greed based system was pointless wars and pollution that were slowly destroying the planet. That in and of itself was not the problem the problem was mankind sought to expand beyond it native sphere, 'invading' as they saw it, first the moon and then setting their sights on Mars all while maintaining their destructive agendas.

Planet Baltan was split, some thought they should leave the humans alone or educate them and teach them the error of their ways, these became the conservative party represented by Tiny Baltan. Others sought a more direct method of intervention, destroying them before they became a threat to other planets. The disagreement eventually escalated to nuclear war that left the once beautiful planet ravaged.

Illusion (Sea Monster)
Add a photo to this gallery 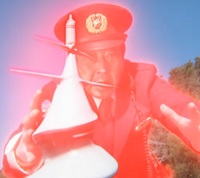 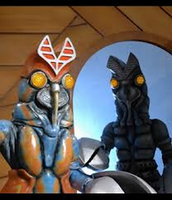 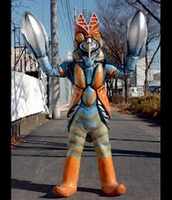 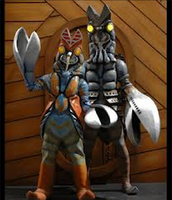 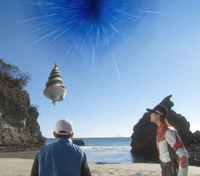 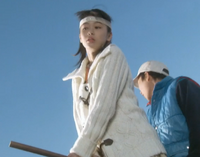 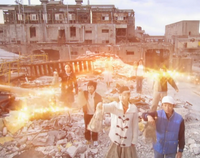 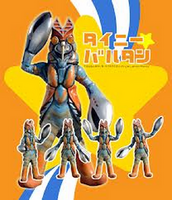 Retrieved from "https://ultra.fandom.com/wiki/Tiny_Baltan?oldid=529857"
Community content is available under CC-BY-SA unless otherwise noted.