This article is about the background, tertiary, minor, inconsequential, and unnamed characters.

Featured in a Cup Noodles commercial, the unseen newborn son of Ultraman shoots Spacium Beams in a fit of hunger. The character may be one and the same with Ultra Child.

An Ultra child who appears in various cup noodle commercials. He has a human mother and an Ultraman father.

The King and Queen of L77. They were killed when L77 was destroyed by Alien Magma.

They are revealed to be alive in The・Ultraman, but was taken hostage by the younger brother of Alien Babarue.

Ultras that are direct family of some of the Ultra Brothers. These photos appeared in various Japanese magazines and features Ultra family trees. 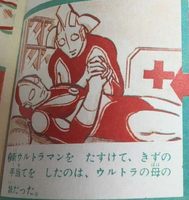 Ultraman Jack's wife, who is also Mother of Ultra's youngest sister
Add a photo to this gallery

This version of Ultraman Taiga appeared in Ultraman Festival 2019 as a side character, and was originally a figurine belonging to a boy named Souta (そうたくん Souta-kun).

A Spider-Man suit was created by Tsuburaya Productions in collaboration with Marvel, and was featured in attraction shows held in Ultraman Land, 1996. His suit was featured in the first issue of the Marvel Cross (マーヴルクロス Māvuru Kurosu) magazine.

Marvel's Spider-Man appears on the cover of one of the up coming The Rise of Ultraman comic covers, reuniting the two heroes since 1996.

Tsuburaya's Spider-Man as featured in the Marvel Cross magazine [1] 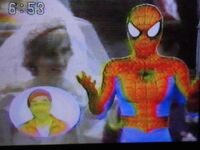 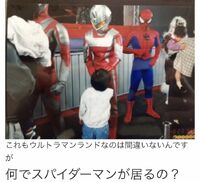 Spider-Man and Black Cat in an Ultraman Land event, with Ultraman Neos and Ultraseven 21 [3] 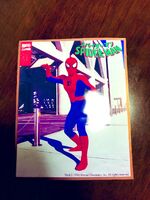 Spider-Man and Ultraman re-united.
Add a photo to this gallery

A Black Cat suit was created by Tsuburaya Productions in collaboration with Marvel, and was featured in attraction shows held in Ultraman Land, 1996. However, not much else is known about its existence.

Miracle King Seven
Add a photo to this gallery

Jumbo X is an android who can change from child form to giant form. He appeared in a magazine project titled "Jumbo X" (1970). In the first chapter of the series, Jumbo X is set as Ultraseven's younger brother. 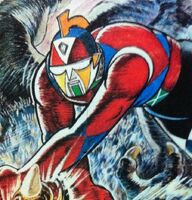 Nix (ニクス Nikusu) is a Reionics that first appeared in a 2018 stage show. It was created alongside Ultraman Geed from Belial's genes by Kei, thus making Nix a sort of 'brother' to Geed, alongside Geed's other brothers.

Jun, Yuriko, lppei and Dr. Ichinotani visits a laboratory near Mount Isa to learn more about the experiments of a researcher named Kimura. Kimura had developed a special nutrient called Honey Zelion which acts as a growth accelerator for any life-form that ingests it within its original purist state. The quartet are shown one of Honey Zelion's early results in the form of a stuff and framed honey bee enlarged to the size of a bird. Terror of the Sweet Honey

After being captured by Alien Iyros, UG agents Amagi and Shigeru Furuhashi were imprisoned in a frozen state onboard the invader's spacecraft. Using advance technology, Iyros cloned his prisoners in order to steal much-needed spaceship fuel from Ultra Guard home-base.

Despite fooling the other team members, Dan Moroboshi could tell that the duo were impostors from their subtly inhuman eyes. Shortly thereafter, Dan shoots the two duplicates during the robbery attempt, revealing their artificial origins to Captain Kaoru Kiriyama as their bodies disintegrate into a black liquid. The Man Who Came From V3 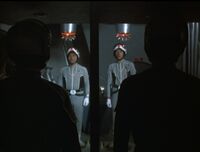 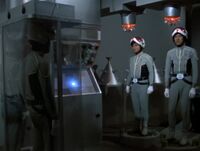 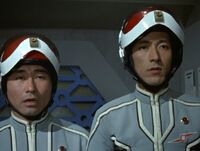 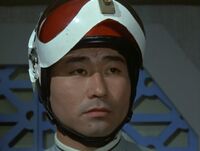 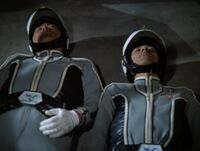 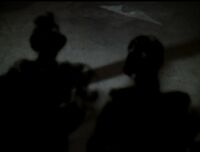 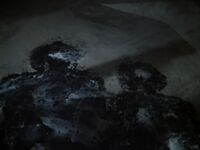 Sludge Master, or Venom Monster, is a jellyfish-like monster from the Return of Ultraman Voice Drama "Tokyo Crisis Hair That Came Back". According to the description given in it, Sludge Master is a small heavy weight monster that weighs 50,000 tons. It is also able to spew a corrosive brown acid

It sunk various ships in Tokyo Bay until being discovered by MAT. Eventually Hideki Go transformed into Jack which resulted in a fight against Sludge Master that ended with its destruction via the Spacium Beam.

Imitation Ultraman Leo is a fake version of Ultraman Leo with currently unknown origins. He made his first and possibly only appearance in Primary School Hall "よいこ" in September of 1974.

Briefly appearing in episode 42 of The☆Ultraman is an unnamed alien monster of whom the space hunter Hatari had slain; the only one of his trophies that doesn't appear to be a prehistoric Earth animal. It's never made clear if this is a statue made in the monster's likeness or the stuffed and mounted beast itself. The trophy monster's design is a reworked Seagra.

In order to take direct control of Gerukadon, Gudis lured and entrapped Jimmy, Gerukadon's human friend, within a large glowing green pod made from his own genetic cells and projected a psychical yet soulless clone of the boy. The Jimmy clone guided Gerukadon's path of destruction and battle with Ultraman Great using a crystalline device also created by Gudis. With telepathic encouragement from Jack Shindo, the real Jimmy eventually broke free from Gudis' hold. Jimmy then took control of his own clone, forcing the copy to shatters the crystal and thus destroying itself and its influence over Gerukadon in the process. The Child's Dream 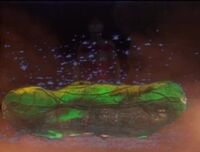 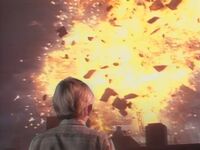 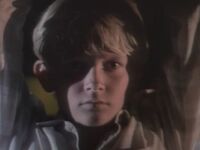 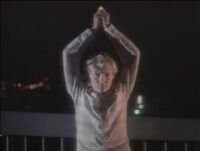 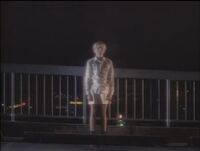 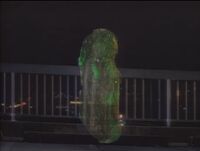 Clowns from the dream world

Appearing in episode 21 of Denkou Choujin Gridman, this sinister team of clowns were sentient hallucinations created by the monster Dazzlba and served as henchmen for Kahn Digifer and Takeshi Todo within the dream world that the three antagonists held dominion over. While looking human, the clowns were more bestial in nature, incapable of speech and making high-pitch grunts instead. They were extremely acrobatic in their fighting skills while also armed with various handheld weapons.

After Gridman and his allies destroyed Dazzlba within Cyberspace, a dream world version of Gridman, imprisoned and awaiting execution, broke free from his restraints and battled the clowns, each fading away upon their defeat. 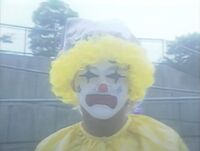 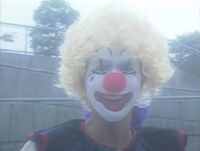 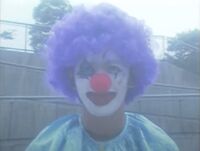 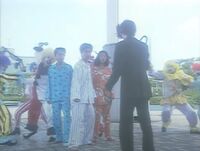 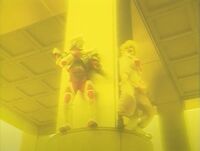 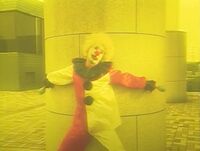 While present from the very first episode of Denkou Choujin Gridman, the personal computer of Takeshi Todo is forcefully transformed into a series of plant-like vines by Kahn Digifer in episode 38 after the two have a falling out with the greater villain taking extreme measures. Growing gigantic in mass, the monstrous computer breaks out of Takeshi's office and reaches for the stormy skies above in trying to open a dimensional portal between Earth and The Digital World so that Khan Digfer may invade the former. Fortunately, Gridman and his human allies, including the now reformed Takeshi, were able to vanquish Khan Digifer, causing the berserk machine to die and disappear soon afterwards. 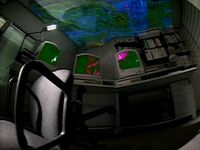 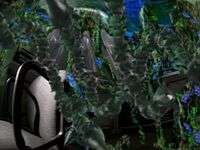 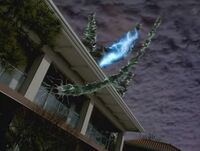 Gigan appeared in a 1996 Children's Day stage show, taking sides with Alien Baltan, Alien Pitt, Alien Bado, and Bemstar to fight an assortment of heroes, including Ultraman. The suit was made in 1993. Gigan was also part of the Godzilla Megapowers in the 1993 Famicom game, Battle Baseball, along side fellow Toho Kaiju and aliens, crossing over with Ultraman's Ultra Starlights.

Appearing briefly as a silhouetted figure in flashback from episode 33 of Ultraman Cosmos, this destructive creature was responsible for the death of Junya Nagare's sister during a rampage, leading the former SRC member to become an independent hunter of monsters regardless if said creatures were malevolent or benevolent. The monster is a reused Algona suit from the otherwise unconnected series Ultraman Gaia. 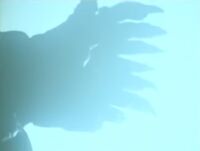 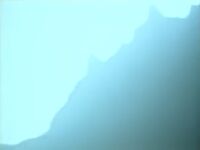 Gesubira is the fusion of a King Guesra and a Gubila that appeared in the comic Redman.

Retrieved from "https://ultra.fandom.com/wiki/Tertiary_Characters?oldid=525522"
Community content is available under CC-BY-SA unless otherwise noted.