Twitter
Tatsuomi Hamada (濱田龍臣 Hamada Tatsuomi) is a Japanese actor. He is known for his role as Nao from Ultraman Zero The Movie: Super Deciding Fight! The Belial Galactic Empire and later the role of Riku Asakura, the human form of Ultraman Geed in the same name series and Ultraman Geed's voice. 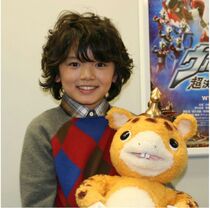 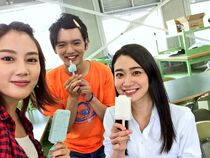 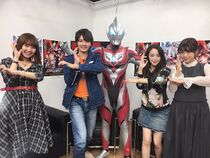 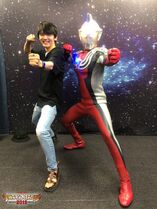 Tatsuomi (left) and his favorite Ultraman Justice.
Add a photo to this gallery

Retrieved from "https://ultra.fandom.com/wiki/Tatsuomi_Hamada?oldid=502512"
Community content is available under CC-BY-SA unless otherwise noted.