None, the Tarban travels through space

Taraban were monsters that lived peacefully in space. The baby of the monster found itself stranded on Earth when it arrived as a meteor and landed in Sagami Bay. To hide, the baby Taraban camouflaged itself near a railroad in Kamakura to avoid detection from GUTS or anyone nearby. The baby Taraban would continue to hide in the vicinity of the railroad as the alarm made by the Enoden was similar to its mother's call and so continued to reside by it, longing to see its parent again. Eventually, the baby was found by the son of a man who was searching for him to prove of his existence, and once GUTS attacked it, the provoked baby Taraban began to attack the city. Ultraman Tiga soon appeared and tried to hold off the baby Taraban's assaults, but the Taraban was a tricky opponent for Tiga to handle with ease. Once the train operator learned of the truth behind Taraban's presence, he calmed the monster down by blowing the Enoden's alarm and reminding it of its parent in space. Noting that the Taraban was longing to be reunited with its parent, Tiga took the Enoden with his Ultra Psychic and lured Taraban into space, where it was finally reunited with its mother, and held onto the Enoden as a souvenir from its time on Earth. 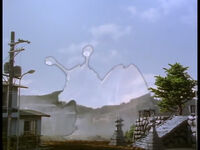 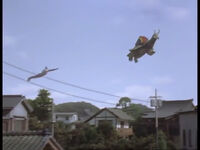 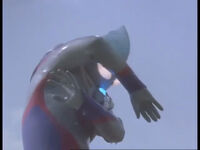 Liquid
Add a photo to this gallery
Taraban (Adult) 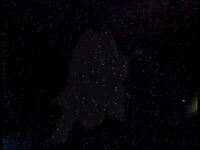 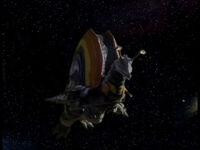 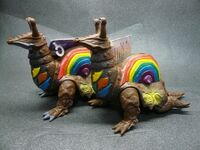 two Taraban figures
Add a photo to this gallery 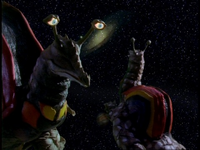 Add a photo to this gallery
Retrieved from "https://ultra.fandom.com/wiki/Taraban?oldid=512842"
Community content is available under CC-BY-SA unless otherwise noted.