Takeshi Tsuruno (つるの 剛士 Tsuruno Takeshi) is a Japanese actor and musician. Takeshi Tsuruno is also his real name, though written with the kanji 靏野 剛士 instead. He is known for his role as Shin Asuka, the protagonist of Ultraman Dyna.

Tsuruno was appointed as the Ambassador for Ultra Heroes EXPO 2022 Summer Festival.[1]

He named his albums after his daughters, and after recording his first album and before the birth of his third daughter he mused naming an album after his son such that it was called Tsuruno Mugendai (つるの∞（無限大).

He was confirmed to have tested positive for COVID-19 on 27 August 2020. His other family members tested negative but were placed under self-isolation.[2] As of March 2021, Takeshi has fully recovered from COVID-19.

This section refers to Takeshi's grunts being reused per stock footage in other Ultraman Series media:

Ultraman R／B The Movie: Select! The Crystal of Bond
Hikari no Kizuna (with DAIGO) 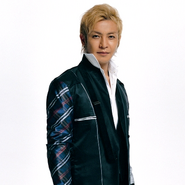 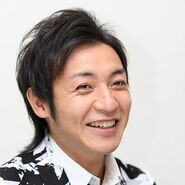 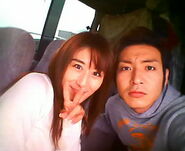 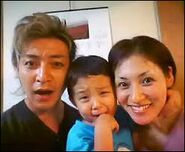 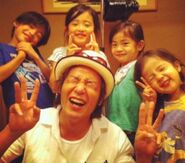 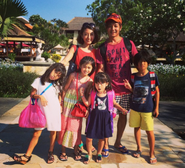 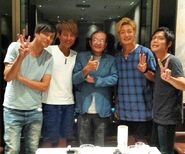