Designed by Dr. Kensaku, the TROY TOTAL (トロイトータル Turoi Totaru) are fighter jets used by the early members of the SRC. After the development of the organization, the mecha’s design is used to inspire Core Module system and it’s shells which mainly becomes a vehicle used in many situations.

When a Baltan possessed-Don Ron about to attack a nearby city, the SRC members deploy two jets which used to fight Don Ron until the SHARK Soldiers used their Shark Jets JK to kill the beast while at the same time driving Baltan out of the monster.

Later, Baltan Basical appears but the SRC managed to calm him with a national Japanese anthem before running amok again thanks to the SHARK Soldiers.

9 years passed, and the mecha itself, though no longer seen in use but it’s design is used to inspire Core Module system and it’s shells which mainly becomes a vehicle used in many situations.

Some time after Musashi’s retirement in Team EYES, both newer versions of TROY A and TROY B have been created though, it’s likely unknown wether it can combine or not.

Under the design of Dr. Kensaku, this mecha is mainly used for other purpouses except killing monsters since no firepower is added to it and the SRC rarely has the motif to kill monsters.

It was designed as a data collection machine. TROY A (トロイA Turoi A) plays an active part as operational command unit, and of course, supplying arsenals in combat.

The TROY B (トロイB Turoi B) is commonly an archetype version of Core Module. It plays as an active part in gathering data and also equipped with an autopilot system.

An improved version of TROY A, the mecha's color scheme is purple.

Improve version of TROY B. Exercise performance is higher than the previous one.

In response to the Ultraman Cosmos: The First Contact movie, TROY TOTAL toys are also sold. 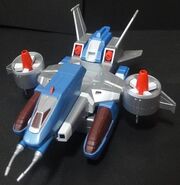 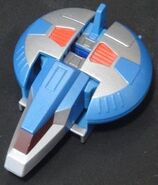 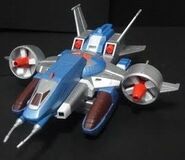 TROY TOTAL
Add a photo to this gallery
Retrieved from "https://ultra.fandom.com/wiki/TROY_TOTAL?oldid=409034"
Community content is available under CC-BY-SA unless otherwise noted.