Badges of Honor in the Land of Light

Still in use
Star Marks (スターマーク Sutā Māku) are 12 badges of honor that are worn by qualified Ultra Warriors.

In one of his many battles, Zoffy obtained his Star Marks due to his M87 Beam being regarded as one of the strongest tactics.

The badges made their debut in episode 39 of the series when Zoffy was shown facing Ultraman, who was greatly injured from his battle with Zetton.

In a novel bundled with the DVD package of Ultraman Mebius Gaiden: Hikari Saga, Ultraman Hikari was said to obtain his Star Marks due to his discovery on a method to revive deceased Ultra Warriors. One of his creations were used by Zoffy's Beta Capsule to save Ultraman in 1967. Ironically, this is also one of the reasons he quit the Space Science Department, as his inventions ignited an alien war, so much so that it was also misused by Alien Bat on Earth to revive Zetton II.

According to Zoffy, because of Ultraman Orb's bravery in stopping Reibatos, he deserved a set of Star Marks and membership in the Inter Galactic Defense Force. Orb, however, turned down the offer as he is a wanderer but dedicated his job as an Ultraman before leaving. Ultra Fight Orb 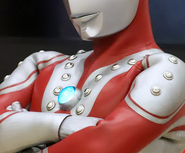 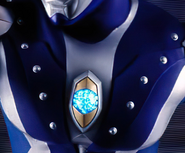 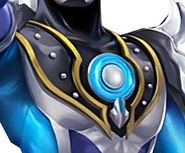 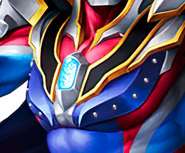