The Sphinx was a Terrible-Monster under the control of Alien Orion in their plan to invade Earth. First appearing in the middle of a School Yard inside a pyramid, the Sphinx was housed inside of it until one of the Alien Orion captured Yuko Minami and tied her to a cross. One Yuko was captured, Sphinx was unleashed in the city, but was dealt with by TAC, who were in the area. Seiji Hokuto was left to rescue Minami from the cross, and managed to successfully do so despite Orian's pyramid shooting his plane down. Ultraman Ace appeared and quickly went to battle with the Sphinx, but they were evenly matched. When a girl named Michiru, was double-crossed by Alien Orion for serving him, she began to play on a whistle to distract the Sphinx. However, her efforts were only temporary as she was killed by Alien Orion for her meddling. Angered by Michiru's sacrifice and Alien Orion's sadistic nature, Ultraman Ace fought back viciously and decapitated the Sphinx with his Ace Blade. Ace then destroyed its body in a fiery display with his Timer Shot. Sphinx's head then went back into the pyramid before Ace destroyed it with Metalium Beam. 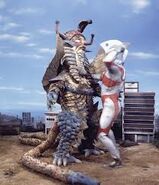 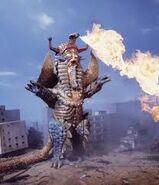 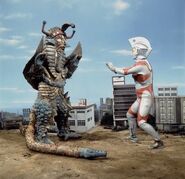 Figure of Sphinx, created by Marmit. 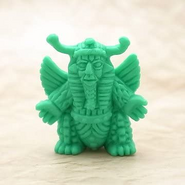