Snowgiran appeared after a teacher of an orphanage saw the creature pop out of a plastic snowman, causing the woman to be deaf. Later, reports from TAC say a ray comming from this beast is blinding people. Seiji Hokuto then decided to turn into Ultraman Ace but Snowgiran beat him with encouregment by Namahage. Snowgiran was about to step on the orphanage until the Father of Ultra showed up in his Santa Claus disguise and used his Energy Beam to revive Ultraman Ace. As Ultraman Ace fought Snowgiran, Father of Ultra stood back and watched as they fought on. When Snowgiran's master Namahage starts to get ticked off, Father of Ultra revealed his true form and fired the Father Shot on Namahage, effectively killing him. Snowgiran tries to retreat, but Ace catches up to him and then finishes him off with the Metalium Beam. 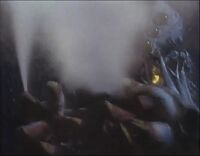 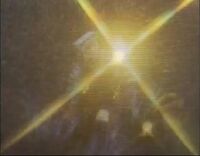 Flashes
Add a photo to this gallery 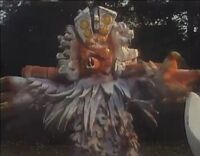 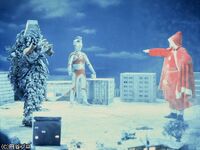 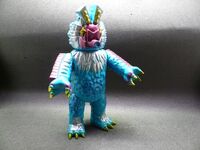 Figure of Snowgiran, by Marmit.
Add a photo to this gallery
Retrieved from "https://ultra.fandom.com/wiki/Snowgiran?oldid=530731"
Community content is available under CC-BY-SA unless otherwise noted.