Unknown
The Sorcerous Sly (魔導のスライ Madō no Surai)[1] is an Alien Mefilas member of the Darkness Five that first appeared in second part of Ultra Zero Fight.

He joins forces with Deathlogue, Grocken, Jatar, and Villainous to create the Darkness Five to fight the Ultimate Force Zero. He later battles Ultraman Zero. Sly would have been killed if Kaiser Darkness Belial had not shown up and interrupted their fight. After all of Ultimate Force Zero's members were killed, Zero Darkness invites Sly and the others to conquer the universe. Later, Sly was confused when Zero Darkness stopped moving and started to call him. All of a sudden, yellow particles were released from Zero Darkness. That caused him to take cover. Then Shining Zero used the Shining Star Drive causing a light too bright for him to see. Sly calls out Belial when he was defeated and sealed.

After Belial was revived by Shining Zero's Shining Star Drive, Sly and the others join forces with Belial in their mission of conquering the universe.

During the events prior to Ultraman Geed, Sly participated in the Omega Armageddon alongside Belial, Kei and the other members of the Darkness Five and Belial new's army, named Terror The Belial against the Ultra Warriors in a heated battle which held the fate of the universe at stake. It is unknown what happened to Sly after the Crisis Impact.

Sly appears in the final episode of the series as an image in Belial's memories when Riku sees through his father's mind.

Sly (as Armored Mefilas) appears alongside with his comrades: Grocken, Deathlogue, and Villainous in Ultraman Retsuden episode 100. He returns in New Ultraman Retsuden with other Darkness Five members as well, as they become the host of the week.

Sly as a member of the Darkness Five 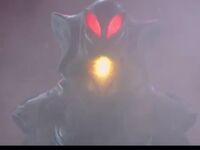 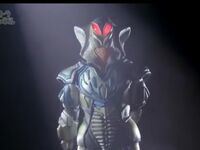 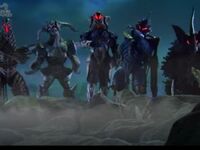 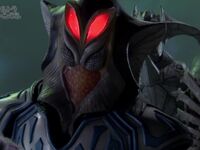 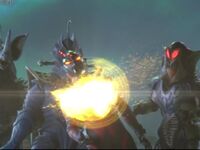 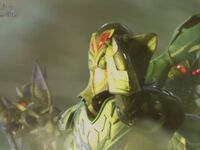 Retrieved from "https://ultra.fandom.com/wiki/Sly?oldid=527416"
Community content is available under CC-BY-SA unless otherwise noted.