Mitsutoshi Shundo
Shinya Mizorogi (溝呂木眞也 Mizorogi Shin'ya) was the former deputy captain of the Night Raiders before merging with Dark Mephisto to become his human host. He served as the main antagonist in Ultraman Nexus during Jun Himeya's time as Deunamist.

A year before the start of the series, he was the former Deputy Captain of the Night Raider Division of TLT. Very close to Nagi, the two had the uncanny ability to sense Space Beasts even when TLT's equipment couldn't. Around this time Mizorogi was beginning to have dreams and visions of strange ruins.

One night he and Nagi went into a building alone and found themselves facing the zombie variant of Beast Humans, corpses animated by beast cells and manipulated by some dark power as puppets. After dealing with them the two decided that only one would face the beast, its ability made working in a team a liability. He and Nagi made a pact to kill the other if they fell under the creature's power, switching dog tags to seal their promise. Mizorogi proceeded deeper alone until he met upon a dark giant, one he mistook for just another Beast but the being proved immune to his weapon and instead of fighting him convinced Shinya to merge with it and thus Dark Mephisto was born that day as Mizorogi's heart disappeared into the darkness.

An even higher-ranking dark Ultra, Dark Mephisto was the mastermind behind Dark Faust and then other space beast plots. It was he who ordered Nosferu to kill Riko Saida's family and it was Shinya himself who killed her by a cannon blast to the face. After Faust was destroyed, Mephisto continued to use Riko, using her image to continuously harass and torment Komon. Mizorogi

eventually called on Mephisto’s true form, as he was challenged by Ultraman's host Jun Himeya. The two forces collided for the first time, but a clear winner wouldn't come to be but the two became rivals, polar opposites that continuously challenged each other. When Nosferu was destroyed, a young girl that the beast kept as a hostage was wounded. This was the plan of Mephisto all along and the vile giant vanished as Nexus and the Night Raiders looked on in horror at what had happened with Komon slipping deeper into a depression.

When Nosferu returned yet again, Mizorogi called on Mephisto once again before Nexus could attack the space beast. Quickly creating a darkness field, the tyrant of evil began to hold his own against the red and silver Ultraman. Dodging its attacks and utilizing its own powers, the battle between the forces of good and evil raged. The two giants battled back and forth until Nexus hit the fiend with his core impulse, severely wounding the red and black villain. Mephisto retreated, but continued to taunt Komon with memories of his dead girlfriend with hopes of making him turn to the dark side. This plan, however, didn't work. When in a stand off with Komon, Nagi, Jun, and several of the Night Raiders, it seemed the alien was invincible until Nagi shot her old lover in the back. Unprotected, Mephisto was defeated, but not dead. Mizorogi came up with a new scheme to kill off Ultraman and open the Gates of Darkness, allowing him his wish of ultimate power. Unleashing Kutuura’s wrath, the villain left clues for the Night Raiders and Ultraman to follow until the time of final battle came. Inside the Death Land, after Ultraman fell defeated by Kutuura, the Night Raiders arrived and defeated the space beast.

Mizorogi transformed into Dark Mephisto and challenged the Night Raiders themselves. After being hit, and withstanding, their Ultimate Vanisher, Nexus suddenly revived. The hero, however, was still weakened. He managed to fight through Mephisto’s attacks, but the villain still had the upper hand. A new plan was made to recharge Ultraman by modifying the Ultimate Vanisher. The beam of light hit Nexus' Energy Core, recharging him with energy (even though they thought he was dead at first). The fight between the forces of good and evil were once again raged in the sky as they traded blow after blow. Watching on, the Night Raiders bore witness to the two giants firing their beams. The two streams of light smacked into one another, engulfing them both in a huge explosion. Through the flames, both warriors continued their battle until the combined energies completely vaporized them both. Mephisto was gone, but he’d find yet another way to return.

When he did return, however, Mizorogi was without his memories. Traveling the streets of Japan looking for answers, it was only time before the Night Raiders captured the confused soul. When told of what he was and what he did, Mizorogi was lost and depressed. He managed to escape, but the dark forces that made him Dark Mephisto would corrupt a new soul: Hiroyuki Misawa, a member of the memory police. When Misawa revealed his new self, he attacked and nearly killed Mizorogi. Fleeing from the giant, Komon and Nagi watched on as Ultraman Nexus’ power was drained by the giant. However, as the villain prepared to finish off the giant of light, Mizorogi took on the form of a dark Ultra again. This time, however, the human had complete control of himself. He was no longer a puppet and now used this destructive force for good.

Saving Nexus, the two dark ones clashed in a show of power, but Shinya's wounds came to play, slowing him down. Zwei stabbed his blades into Mephisto’s gut, the dark giant was about to fall. Yelling for Ultraman to fire as he spun around and held the other tight, the end of this power and life was soon to be. Ultraman Nexus fired his Arrow-Ray Schtrom, killing Dark Mephisto Zwei while Mizorogi reverted to his human form where he would die, once and for all, as a human who had redeemed his soul. 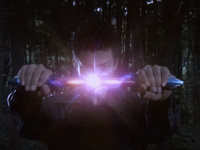 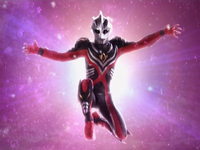 Mizorogi's transformation with his willpower
Add a photo to this gallery 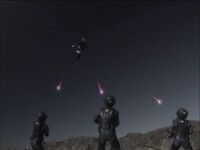 Mizorogi levitating and firing energy blast at the same time. 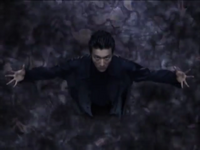 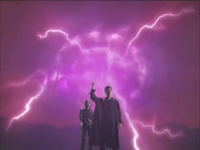 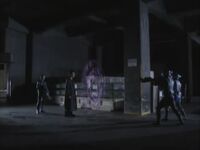 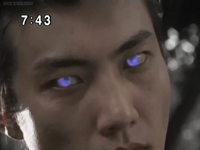 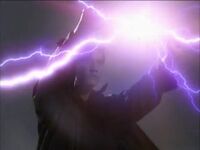 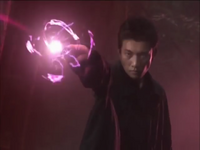 Energy Blasts
Add a photo to this gallery 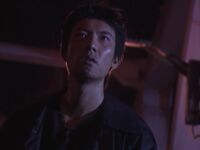 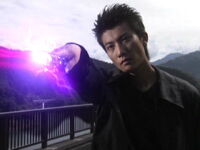 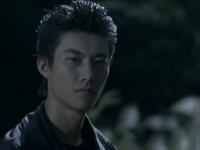 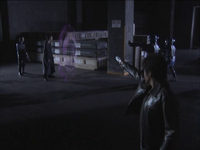 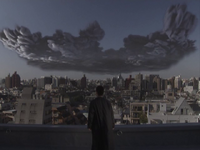 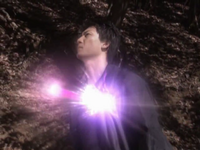 Mizorogi being blasted by Misawa

Retrieved from "https://ultra.fandom.com/wiki/Shinya_Mizorogi?oldid=533215"
Community content is available under CC-BY-SA unless otherwise noted.