TBA
Sedegan (セーデガン Sēdegan) is a larged-nosed kaiju that is one of the many new age Ultra Q monsters to appear in Neo Ultra Q.

Sedegan was a lone monster who sat on an island filled with sweet smelling plants. A greedy woman washed up on his shore and Sedegan tried to be friendly, only to have the girl steal his plants and call the large nosed monster smelly. When she returned one day, the Japanese military raided the island and open fire on Sedegan, killing him and leaving the woman in misery. 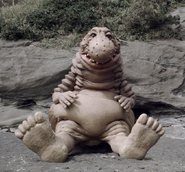 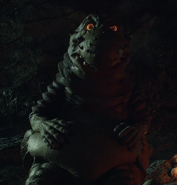 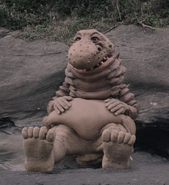 Add a photo to this gallery
Retrieved from "https://ultra.fandom.com/wiki/Sedegan?oldid=402432"
Community content is available under CC-BY-SA unless otherwise noted.