New Ultraman Retsuden episode 12 "Revival Super Analysis of Tyrant! Part 1"
Seamons (シーモンス Shīmonsu) was a Kaiju from the TV series, Return of Ultraman. She appeared in episodes 13 and 14.

Seamons' name is actually a shortened version of "sea monster."

A song made in 1944 in southeast Asia mentioned about Seamons and Seagorath. Then one night, a ship known as the Poseidon was suddenly attacked by Seamons. After sinking the ship, Seamons attacked two fishermen, MAT finally believed the existence of Seamons.

Later, on the island of Hachijōjima, Seamons rose from the ocean and attacked a refinery. MAT arrived to slow Seamons down, surrounding the monster in a wall of fire with their weapons. Feeling threatened, Seamons howled out to her mate. Seagorath heard the call and using his own weather control powers, Seagorath created a tsunami hundreds of feet tall and directed it towards Japan. Luckily, Ultraman Jack arrived, creating the Ultra Barrier and successfully repelled the tsunami back, subduing Seagorath by dragging him underwater, but losing most of his own energy in the process. With Ultraman Jack weakened, Seamons easily fought Jack to a standstill, forcing Jack to leave while Seamons continued her rampage.

Once Japan's Self Defense Force appeared and attacked Seamons while she was alone, Seamons called out to her mate again and this time Seagorath joined her in their attack by using their weather controlling powers to create a tornado to eliminate the SDF. To ensure they wouldn't attack his mate again, Seagorath stayed on dry land and the two began their mating process. The next day, Ultraman Jack returned to battle once again, but he had a very difficult time dealing with both monsters and their weather controlling powers. Luckily, a newly-tested Laser Gun SP-70 was created by MAT and fired at Seagorath's massive horn, successfully destroying it. Without their advantage of her mate's weather control, Seamons retreated back into the ocean with Seagorath, never to be seen again. 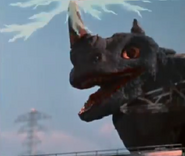 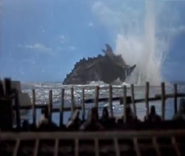 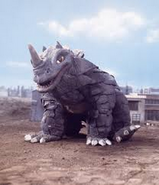 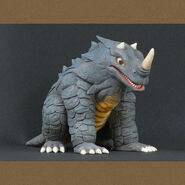 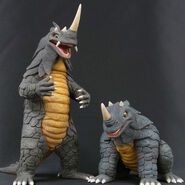 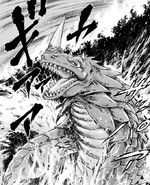