Once Choichiro's fighter crashed he used the Beam Flasher for the first time to transform into Ultraman Joneus. As the Scientific Defense Guard was caught by surprised, Joneus took the monsters on one by one and shortly into the fight managed to cause to of them to freeze each other. The other two Seagras teamed up on him with his color timer beginning to turn red, forcing him to use his Planium Beam on both of them, knocking them out and returning the monster to their frozen confinements. 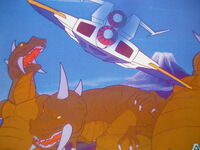 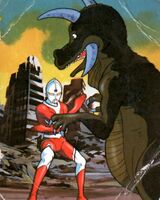 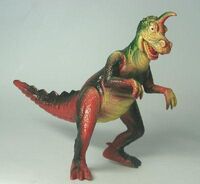 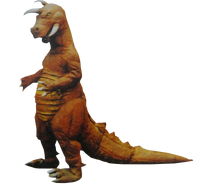 Seagra Live Action Suit
Add a photo to this gallery
Retrieved from "https://ultra.fandom.com/wiki/Seagra?oldid=514293"
Community content is available under CC-BY-SA unless otherwise noted.