None
Seagorian (シーゴリアン Shīgorian) is a Kaiju that first appeared in episode 3 of Ultraman Neos.

A natural creature from the ocean Seagorian came to a fishing harbor late one night to find food and scared two fisherman in the process. The next day the two men were interviewed and a large pink fish scale was found in a large gash in a building. After the scale was analyzed by HEART they searched the harbor all day to no avail to find the giant. That night Seagorian attacked an aquarium and ate all the fish in a tunneled tank. The drooling ocean Kaiju would return that morning to spray an unfortunate camper with his water gun and eat him. HEART got word of Seagorian's arrival and began to assault him. After the first attack Seagorian disappeared without a trace. HEART used special weapons to see if he was in a nearby lake and before long SONAR indicated his existence. Before anything could be done he teleported to a nearby water facility. Genki turned into Ultraman Neos and began to fight the product of evolution. Neither giant could truly best the other Neos began to overpower Seagorian and prevented him from running away by throwing him. Neos used the Ultra Light Shield to send Seagorian back into the ocean where he belonged. 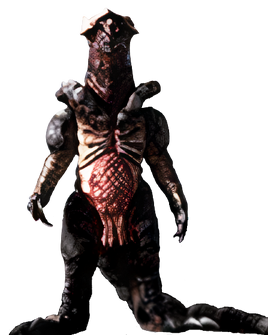 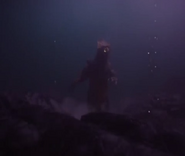