Ultraman Leo episode 25 "The Rhinoceros Beetle Is a Space Invader"

Sevenger Fight
Satan Beetle[2] (サタンビートル Satan Bītoru) is a monster that appeared in the TV series, Ultraman Leo. He appeared in episode 25.

The "pet" of Alien Clean, Satan Beetle was sent to Earth by the alien out of vengeance for their home planet's devastation from rocket testing from Earth, Satan Beetle was sent to "clean" Earth of its pollution by wiping out humanity and its creations. Satan Beetle then appeared in the sky and landed to the ground proceeding the destroy everything that was in his path. Gen noticed a boy trying to reunite with his “hero” (the former, after being tricked by Alien Clean into believe Satan Beetle was a hero) and so he quickly transformed into Ultraman Leo to battle the gigantic insectoid-like kaiju.

Having been contained by GAF at some point prior to the series, Satan Beetle was one of the monsters absorbed by Celebro via Ultroid Zero, with the giant insect's genetic material and energy harvested for use in creating Destrudos. Satan Beetle's DNA manifested as one of his arms extending from Destrudos's left shoulder. The Game to Extinction 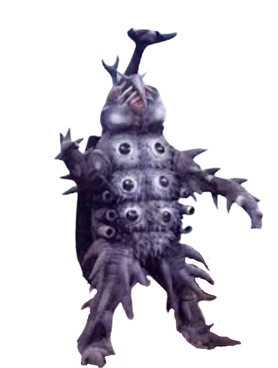 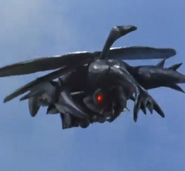 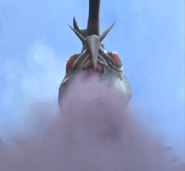 Although never seen, Satan Beetle was meant to be the target of one of the missions, apparently having been infected with the Plasma Crystals. However, he was destroyed by Plasma King Joe before they arrived at the location, leading the Space Robot to become their enemy instead. 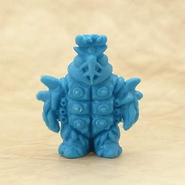 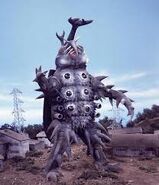 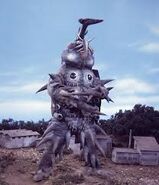 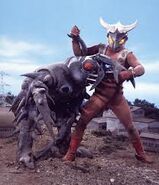 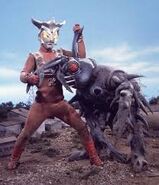 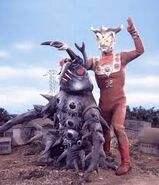 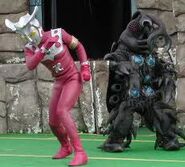 Satan Beetle in a stage show