None
Sasori Gadoras (サソリガドラス Sasori Gadorasu) is the fusion of Venom Scorpion Man and Gadoras in Ultraman vs. Kamen Rider.

Sasori Gadoras was created by a merger of Venom Scorpion Man and Gadoras and quickly attacked Ultraman and Kamen Rider 1, as well as the city. Ultraman attempted the Spacium Ray but the creature absorbed it with his opening stomach and returned fire with his lightning bolt. But as his fight with Ultraman raged, Kamen Rider 1 drove the New Cyclone straight through his shoulder, then grew to giant size to aid Ultraman. Sasori Gadoras tried his horn lightning, but Ultraman used the Ultra Barrier to block it, allowing Kamen Rider 1 to leap into the air and shatter the kaiju's horn with his Rider Punch. Sasori Gadoras counterattacked with his tail, but Ultraman used an Ultra Slash to slice it off. The two heroes charged forwards, grappling with Sasori Gadoras before using a double Suplex to slam him down hard. As Sasori Gadoras rose to his feet, Kamen Rider 1 delivered a Rider Kick to his head while Ultraman launched a Spacium Ray into his chest. Even the powerful Sasori Gadoras was unable to withstand such power, being knocked hard to the ground and exploding, ending his reign of terror once and for all. 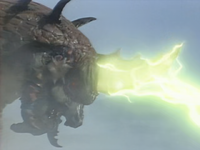 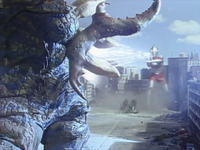 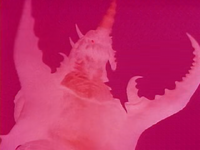 Body Flashes
Add a photo to this gallery 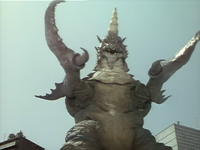 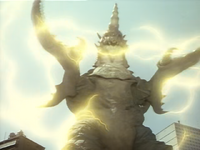 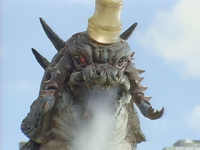 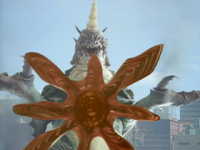 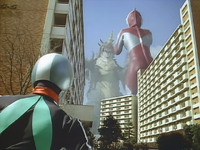 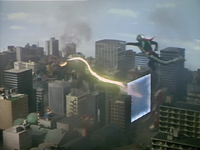 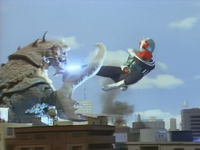 Add a photo to this gallery
Retrieved from "https://ultra.fandom.com/wiki/Sasori_Gadoras?oldid=513872"
Community content is available under CC-BY-SA unless otherwise noted.