The reason for STORAGE's development in Japan is due to a slogan, "If you're speaking about Japan, then it's robots" (日本と言えばロボットだろ Nihon to ieba robotto daro). They are the only branch of GAF in the world that uses giant robots, with other branches only using enhanced vehicles.[4]

At some point, the Global Allied Forces Japan Branch decided to approve the construction of giant robots called Special Airborne Armor (特空機 Tokkūki lit. Special Aircraft, abbreviated SC) to fight against monsters, being the only GAF branch in the world to approve of such a plan. Thus, the special team STORAGE was formed and put in charge of the robots. The data of Grigio Raiden was used to build the first SC unit, Sevenger. Sevenger was later joined by Windom and King Joe STORAGE Custom, the latter being reverse engineered from a King Joe brought to Earth by the first Alien Barossa.

STORAGE is berated by members of GAF, including Kuriyama, for ignoring orders given by GAF General Command, specifically to fire the D4 Ray at invading Kelbims. For these infractions, STORAGE was immediately disbanded. While Haruki and Yoko are deeply disturbed by this statement, Hebikura can only scoff at it. D4 After STORAGE was disbanded, GAFJ took over its operations and set up the 1st Special Airborne and Armored Group (第一特殊空挺機甲群 Dai-Ichi Tokushu Kūtei Kikō-gun) in its place, and development on Ultroid Zero had started. The previous members of STORAGE had either left for their own paths, or were reassigned to different departments. Individual Tomorrows

Following the defeat of Ultraman Z at the hands of Destrudos, STORAGE was officially reactivated by GAF to spearhead the attempts at stopping the chimeric monster. The Game to Extinction

Later on, they would upgrade Sevenger into Space Sevenger, which would reencounter Ultraman Z and Juggler on a distant planet, Sevenger Fight and chase down Alien Barossa IV in outer space after the theft of King Joe. Inter Universe

The STORAGE Joint Base (ストレイジ統合基地 Sutoreiji Tōgō Kichi)[5] is a six-story warehouse-like building. It has an underground garage that houses the mecha that they use. The mecha are able to be deployed via an elevator shaft and through the fourth gate on the roof.

Shota Hebikura ( Hebikura Shōta)[6] is the 34-year-old captain of STORAGE. He is very athletic and acts as a reliable older brother figure to the team. Hebikura usually puts Haruki through intensive drills in the training room.[1][3]

In episode 5, it is revealed that "Hebikura" is actually Jugglus Juggler's alter ego.

Haruki Natsukawa ( Natsukawa Haruki)[7] is the 23-year-old rookie member, who is assigned to pilot the Special Airborne Armors. He later becomes the human host of Ultraman Z. Despite being a newcomer to the team, Haruki is a natural-born athlete and a master of Karate.[8][9]

Yoko Nakashima ( Nakashima Yōko)[6] is a 24-year-old ace pilot and Haruki's inspiration. Although she has a cheerful and determined personality, she also has a girly side and likes older men, including Ultraman Z. When asked out by an admirer, she challenges them to an arm-wrestling match that Yoko usually wins.[2][3] Nearing the finale, she was possessed by Celebro.

Yuka Ohta ( Ōta Yuka)[6] is a 22-year-old lead scientist in STORAGE. A monster enthusiast, Yuka's knowledge in biology and historic legends frequently helps her in analysis. In addition to giving a hand in creating the anti-monster combat robots, she joined STORAGE as an opportunity to work closer with monsters. She often makes a questionable juice mix for nutrients and offers it to others, despite the mysterious nature of its ingredients.[10][11]

Kojiro Inaba ( Inaba Kojirō)[6] is the 59-year-old leader of the mechanics in overseeing the maintenance of Sevenger and the other Special Airborne Armor robots. His nickname is Mr. Bako (バコさん Bako-san) and the members of the maintenance crew trust him deeply. He's a quiet man who gives off an old-fashioned Showa atmosphere and sometimes displays an unexpected skill, but his past in shrouded in mystery.[12][11]

Kojiro Inaba's badge
Satoshi (サトシ, Satoshi) is one of Inaba's maintenance crew members. His family name is Watahiki (seen on his name tag), but is yet to be revealed for its Japanese rendition of the name. He is also one of Yoko's admirers, but loses to her in an arm-wrestling match.

Due to STORAGE's disbandment and re-establishment as SAAG, Satoshi was one of the many staff members to quit GAFJ entirely out of protest. 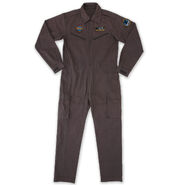 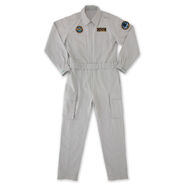 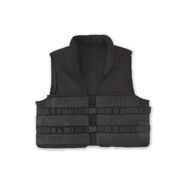 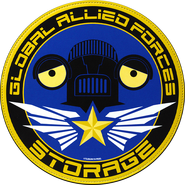 STORAGE retaking their base