Ultraman: Towards the Future episode 10 "Tourists from the Stars"

None
Ryugulo (リュグロー Ryuguro) was an alien that appeared in episode 10 of Ultraman: Towards the Future.

Hunted on their home planet, Ryugulo and his wife, Veronica, were aliens who came across Earth by chance and descended as meteors. While Veronica took on a human form and engaged the terrestial species actively, Ryugulo hated the Earthlings and disguised himself as a hamburger van instead.

Veronica met Charlie one day and the two go out. Later Veronica and Ryugulo have a argument about humans and how they were pitiful to have animals go extinct.  When Charlie comes over in the middle of an argument, Ryugulo soon hides as a coffee machine and the girl tells Charlie that she's already married.  The two ran when special forces come in to take them. UMA and the forces soon corner the two and with anger the hamburger truck becomes the giant Ryugalo and Jack transform into Ultraman Great. In this fight Great tries to reason with him telling him this is not the way to settle his problems and realizing his mistake soon turns back into his human form (which greatly resembles Charlie) and the two leave. 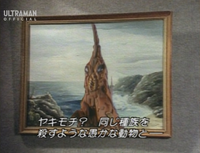 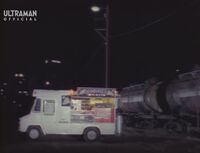 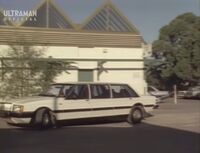 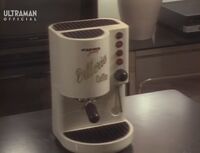 Blade Beam
Add a photo to this gallery 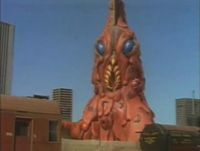 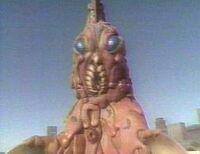 Add a photo to this gallery
Retrieved from "https://ultra.fandom.com/wiki/Ryugulo?oldid=515976"
Community content is available under CC-BY-SA unless otherwise noted.