Space (World of the Land of Light)

None
Rindon (リンドン, Rindon) is a Kaiju in Ultraman Taro. He appeared in episode 51.

A regular day in Japan abruptly transpired into chaos when the monster Rindon suddenly appeared in a city and started to go on a rampage, destroying infrastructure left and right. ZAT showed up in their attack vehicles to stop him, and when they thought that they were winning when the monster laid down on the ground, but he suddenly got back up and caught the Sky Condor with his mouth, leaving Kotaro and Nambara trapped because the engine room's door was bitten by Rindon.

Reluctantly, the two trapped members decided to self-destruct the vehicle to defeat and monster, with only 1% chance of surviving it. After the vehicle blew up, Kotaro transformed into Ultraman Taro to save his comrade and fight the monster and had the advantage against him because the explosion left Rindon badly injured even though he did his best to hold his own in combat. Taro then seemingly killed the monster by beheading it.

When news of this was heard, the place was transformed into a tourist location for the people to see the headless monster and it's lost head, while waiting for it to get revived, and eventually Rindon's head reattached itself back with his body and once again went on a rampage and once again fended himself against ZAT. As it turned out, he was just tired when he awoke and decided to rest on top of a building. Before Rindon can crush the ZAT members, a young woman, and an elderly woman, Father of Ultra showed up and killed him by throwing his Ultra Feather at him, destroying him in the process and ending his reign of terror for good. 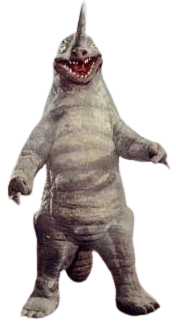 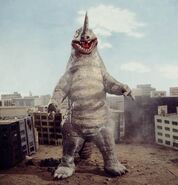 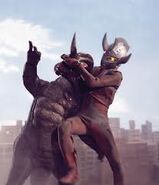 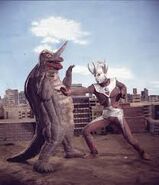 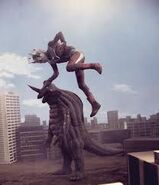 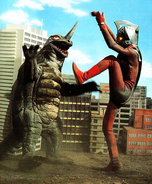 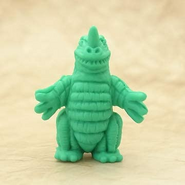 A Rindon eraser
Community content is available under CC-BY-SA unless otherwise noted.
Advertisement