None
Ragout (ラグー Ragū) was a dinosaur-like Kaiju that appear in the series, Dinosaur Squadron Koseidon.

When the aliens were retreating, they awoke the final challenge for Koseider, the massive monster Ragout. Alien Yapu, which was controlling the dinosaur, was killed by Koseider, and Ragout was finally freed from his master's control. He left and went on a life peacefully, eventually with his fossil being found in 1979. 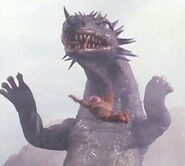 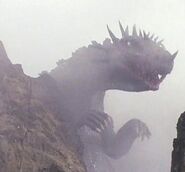 Petroglyph of the dinosaur 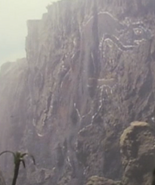 A full view of the dinosaur's petroglyph