Unknown
The Queen Bezelb (クイーンベゼルブ Kuīn Bezerubu) was one of the villains, later revealed to be the true antagonist of Ultraman Orb THE ORIGIN SAGA.

The Queen Bezelb was simultaneously created with the War Deity when the Tree of Life dispersed the fruit of knowledge to the entire universe. Should both siblings encounter each other, they would put the entire universe in danger, a prophecy that is foretold by the royal families of Kanon for generations. Dawn As the Queen and the Bezelb represented darkness, their true purpose is to act as a defensive system for the Tree of Life when free will becomes a nuisance to the universe but soon turned evil, contemplating to erase life forms and civilizations through Kugutsu. Heat Haze

At one point, the Queen met with a young Alien Wraith Psychi, thus forming a cooperation where both planned to spread the Kugutsu to the entire universe, unaware that he becomes a pawn to the Queen. Great Land ~A New World~

In order to strengthen the Queen Bezelb, Psychi sent down numerous Bezelbs to other planets and infect their victims. Glittering Star When Gai, Juggler, Micott and Ricca entered Planet Zain, the Queen and several Bezelbs blast off to Kanon via Psychi's ship, leaving behind several few and Kugutsu Birdon as a distraction. Afterwards ~Tragedy~

Once arriving on Kanon, Psychi and the Queen ordered Kugutsu Vakishim and Kugutsu Verokron to open fire on the castle whereupon the War Deity appeared and shielded it. Dawn When Amate tries to establish contact with the Queen, it was then where she instructed a Bezelb to infect the War Deity to go on a rampaging spree before the Ultra Warriors purify her. War Deity (episode) After Juggler (and the War Deity) destroyed the Tree of Life, Queen Bezelb instructed her offsprings to return to their ship before notifying her partner-in-crime that another Tree of Life began sprouting on Earth. Wrap ~Dazzling~

After Psychi detonated their ship in order to kill Gai and Juggler, the Queen exited first and headed towards the Tree of Life, protecting it from the soldiers sent by Japanese soldiers alongside her children. Her actions led Gai to defend her as well, before she fell from multiple gunfire. When synchronized with Amate/the War Deity, the two decided to create a new world but soon she revealed that her actions reflected Amate's wishes for a world without conflict (albeit darker and sinister) and plans to infect the War Deity again. Flower Storm Ultraman Orb managed to stop her by turning his body into a meat shield but the Queen successfully did so after that. Her actions defy Psychi's wish (who wanted the infection after the Tree of Life produced its fruits), effectively betraying him and planned to eliminate free will from the universe, therefore erasing life forms in the process.

After curing Gai/Orb, Juggler strikes her multiple times, causing her to fall and pleaded for Psychi's help. Through Partel, Psychi combines with the Queen into Psyqueen before they were defeated by the Ultras. Heat Haze With Partel separating the two again, Orb dashed in and saved Psychi, leaving the Queen to perish in the explosion. Great Land ~A New World~ 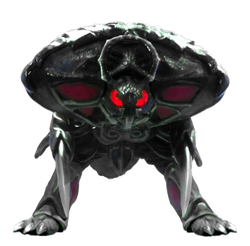 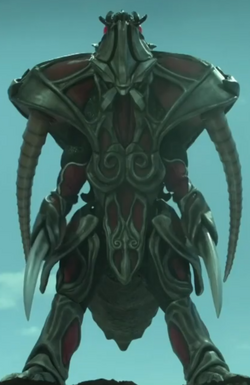 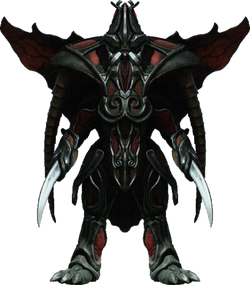 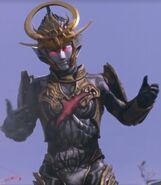 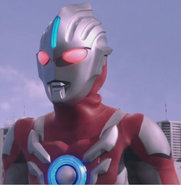 The Queen and Psychi combines into Psyqueen 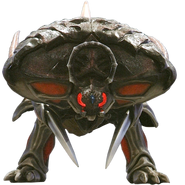