(Roar)
(Reality Warping)
Pris-Ma (プリズ魔 Purizu-Ma lit. Pris-Demon), or Prizuma[1], was a glacier-based creature that appeared in the TV series, Return of Ultraman. It first appeared in episode 35 of the series.

Thawing out from Antarctica (possibly for the first time in centuries), Pris-Ma rapidly journeyed north towards Japan, absorbing anything that crossed its path. It first absorbed a lighthouse and its owner in its hunger, which sparked some interest in MAT over how to handle the situation. Hideki Go encountered the object himself while traveling with a friend who tried to take matters into their own hands. Pris-Ma was attracted to the light being given off by their weapons and vehicle and retaliated by trying to absorb them as well. Go transformed into Ultraman Jack to battle the object himself, but Pris-Ma's rock hard structure and texture made Jack's attacks futile. Pris-Ma then fought back with its light attacks, confusing and tricking Jack into flailing around in confusion. Unfortunately, just as Jack regained control of the battle, the sun rose and Pris-Ma disappeared into the clouds.

Learning of Jack's failure to stop the object, MAT tried to take matters into their own hands. They set up a trap for Pris-Ma by luring it into a baseball stadium with all its lights on and fog machine blanketing the ground. Pris-Ma was quick to arrive and consume more matter, but even with their trap successful, MAT's weapons were no match for Pris-Ma's sturdy structure. However, MAT did exploit something that Go noticed about the monster. Once again Go transformed into Ultraman Jack, but this time he shrunk himself down and flew directly into Pris-Ma's core by willing and being absorbed by its tractor beam. Once inside, Jack fired his Spacium Beam from within the object, destroying Pris-Ma's core and destroying the creature completely.

Pris-Ma suddenly appeared in 1908 in Rusalka, and Gai transformed into Ultraman Orb to defeat it, somehow allowing Gai to regain his memories as Orb. Like Jack before him, Orb went into Pris-Ma and destroyed it from the inside. After its defeat, Jugglus Juggler harvested Pris-Ma's card and later used it in unison with Kingsaurus II and Super C.O.V to unseal Maga-Zetton. Their battle also caused Gai's stamina to be heavily drained, making him weakened in his battle with Maga-Zetton. 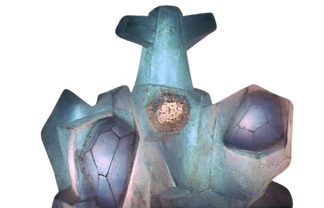 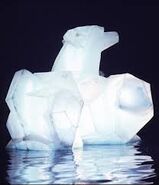 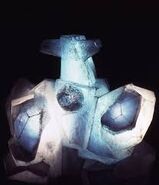 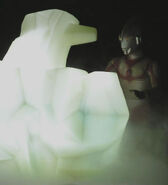 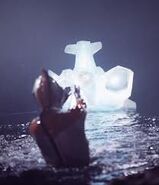 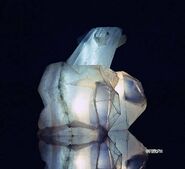 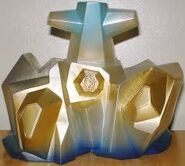