15 years prior to the series, Kaguya was sent to the Earth after being hunted by enemies on the moon while she was still a child. Kaguya later found a shining bamboo. After cutting it open, he found inside it Kaguya as an infant the size of his thumb along with her people's crescent moon necklace that she would wear when growing up. He rejoiced to find her as he and his wife foster Kaguya as Yayoi as they raised her as their own child. As she grew older, Yayoi made her living by became one of the trainers at the Jonan Sports Center.

In the present, she was contacted by Kirara whom wanted her to return to the moon. However, Yayoi/Kaguya refused, having grew fondness towards Earth even her own foster family won't let her go. Kirara still wanted her to return and flew towards Earth to retrieve her by force. MAC sensed this and resort to protect her from Kirara at all cost. At night, Kirara landed and began to fire a green beam on the woman. Though it didn't endanger her but Yayoi appeared in her princess outfit, changing her back to her original status as a moon princess. The monster quickly created an earthquake that shatter her hometown and Princess Kaguya walked towards him. Gen transformed into Ultraman Leo and dragged Kirara away from Kaguya. As they battled the princess tried to halt both sides and decided to return. Kirara fired her crescent moon necklace, causing her to fall but revived her princess nature. Both Kirara and Princess Kaguya returned to the moon via a yellow light. 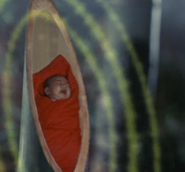 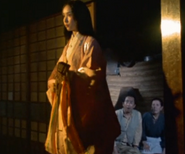 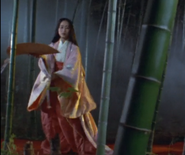 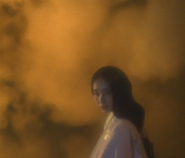