None
Pazgeek (パスギーク Pasugiku) is a Kaiju that appeared in the Ultraman Gaia TV series in episode 40 "I Want to See Gaia!".

Arriving to Earth in a slew of energy rings, Pazgeek challenged the GUARD Geo Base. The alien beast was met by a barrage of missiles, but the creature fought back with its energy balls. To make matters worse, a child from a recent tour of the Aerial Base was stuck inside the cockpit of XIG Fighter EX and was now in massive danger as the jet flew around the beast. Gamu morphed into Gaia and challenged the monster. He had little trouble beating it back, eventually making it retreat in the same energy lift it came in. As the alien flew back into space, its lift grabbed the child's fighter. In response, Gaia destroyed the lift and Pazgeek, just in time to save the child. 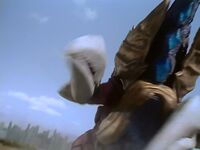 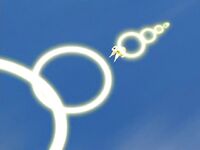 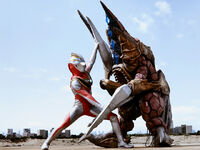 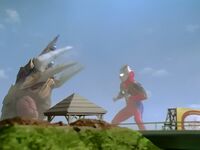