An oni monster (possibly a Terrible-Monster mutated from Yapool's remains) appears one day from a grey cloud. TAC arrived at the scene to combat the monster, but had trouble when members Konno and Hokuto's arms went numb, due to eating red beans. Hokuto transformed into Ultraman Ace, but Ace too was numb, allowing Onidevil to escape. With the help of Ultraseven Hokuto was cured. Onidevil reappeared this time forcing a daytime into a night with his Dark Zone. Ace showed up and was able to defeat Onidevil with little difficulty, curing everyone with numb arms. 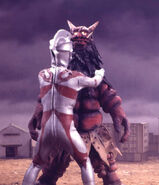 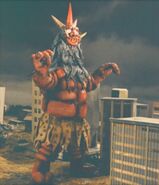 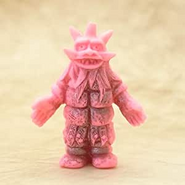 An Onidevil eraser
Community content is available under CC-BY-SA unless otherwise noted.
Advertisement