Blood-sucking vampire balls from a distant world, the Okorin Balls arrived to destroy all humanity. After feeding on several humans, U.G.M began to go to war with the creatures. After one of the members was attacked, the army moved into the city like a swarm of insects. The fighter craft used by the forces were unable to stop the vast numbers as they fell onto the streets and buildings, buzzing around people and draining them of blood. When more firepower fell on them, the balls began to combine. The large Okorin Ball began to fire back with its own beam, and then more joined it, forming the Giant Okorin. Ultraman 80 was called into battle and attacked the creature. The monster fired back, and its round body allowed it to bounce back up to a stance after being knocked down. The hero did manage to kill off most of the balls using his eye beams, and without its numbers, the larger ball tried to escape. Ultraman 80 followed it into space and hit it again, this time destroying it. 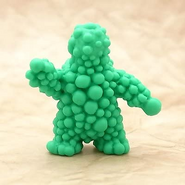 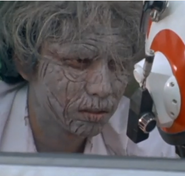 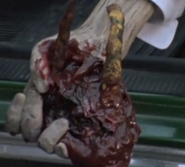 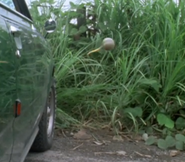 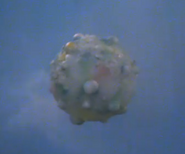 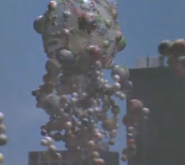 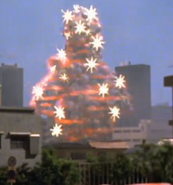 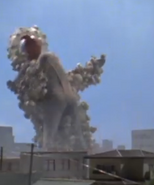 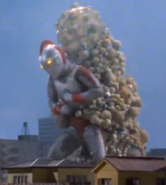 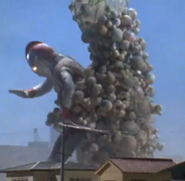 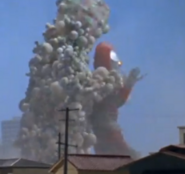 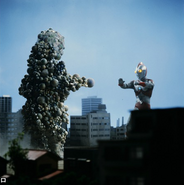 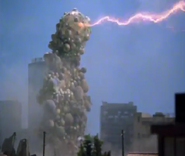