Nozera was somekind of an ancient insect-like monster that was frozen over thirty million years ago in the Arctic. HEART member, Ayumi said that Sazora and Nozera were born at the same time as "Dark Matter". But after time past, both of them awoke and came to Japan. Nozera first appeared from underground, but didn't go on a rampage after hearing a wind blowing sound. But after Sazora came, he destroyed the bell from the tower that caused the sound of the wind. Shin, who was the human form of Ultraseven 21, ordered Kagura to take the battle against both of them. He transformed into Ultraman Neos but still both Sazora and Nozera overpowered Neos until his Color Timer blinked. Not long after that, Shin revealed his true form, by transforming into Seven 21. Both Neos and Seven 21 overpowered Sazora and Nozera and destroy them each using their beams, Neo Magnium Ray and Rejia Shot. 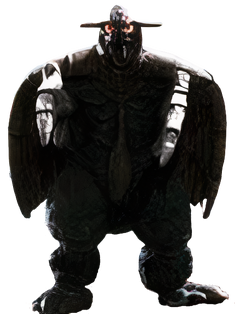 Nozera and Sazora
Community content is available under CC-BY-SA unless otherwise noted.
Advertisement