Hired by an unknown alien contact, bounty hunter Northsatan was given the job to eliminate Alien Alphas under the reward of Metamonium, a space metal which considered as his food. When a representative of them, Nike Goddess was on board a ship, Kitayama defended her from being killed by Northsatan.

Four years later, Northsatan came to Earth to kill the arriving Alien Alphas, quickly attacking them with his Spear Beam, then chased after a human who awaited their arrival, pinning her to the ground. Luckily, MAC officers Gen and Kitayama soon arrived and fired on the evil alien to protect the woman, Kitayama being badly hurt by the spears. Gen kept firing on him, forcing him into retreat under purple smoke. Later, Northsatan launched another attack on the city to get to her. However, unwilling to allow her loved one to die, Alpha was prepared to give her life to Northsatan. Gen soon transformed into Ultraman Leo and attacked him fiercely, throwing and kicking him. But the alien was too strong, and Leo found himself stabbed by a great many spears and unable to continue. Northsatan soon fled, not wanting to risk it despite the perfect timing. Northsatan later came to get her once again, when she was prepared to sacrifice her to end the carnage. However, first MAC and then Leo arrived to stop him once more. After being pummeled by Leo, he tried his spears once again, only to be completely dodged thanks to Leo training to combat the attack and flipping out of the way, finally delivering a high speed kick to the face. As North Satan rose once more, Leo charged forwards and punched a hole straight through his body, killing him. His body spouting sparks, Northsatan exploded into a fireball, ending his reign of terror. 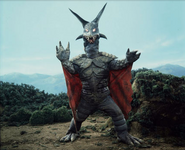 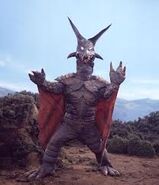 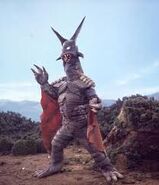 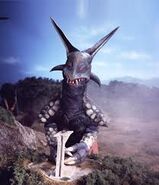 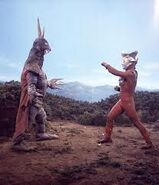 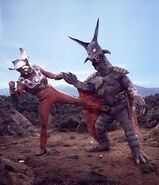 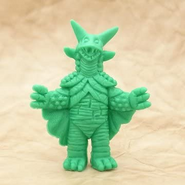 A Northsatan eraser
Community content is available under CC-BY-SA unless otherwise noted.
Advertisement