Keiko Nishi
Noriko Mikawa (美川 のり子（みかわ のりこ） Mikawa Noriko) is a member of TAC, who seems to act directly under the captain as a voice of authority, for example when she lifted Yuko Minami's action suspension and took responsibility herself. She often goes on field missions but does work for communications as well.

Besides being regularly on field, she also often flies with the captain. She fires missiles. She also carries star-shaped bombs with her that she uses to distract monsters with, like she did in "Giant Ant Terrible-Monster vs. Ultra Brothers".

She can be serious and stern, but she has a sense of humor as well. She is a duteous member of TAC and performs all her tasks strongly, even when surprised by unexpected attacks, such as when Yapool attacked TAC's base in "Burn! Terrible-Monster Hell".

In "30,000 Year Terrible-Monster Appears," she went to a class reunion, only to find it was a ploy of one of her former classmates to force her to marry him. He was under the influence of Yapool, who had given him the power to control Garan to achieve his desires. He tied her up, but she managed to escape and hold him off until TAC came to rescue her. The artist was killed alongside his monster by Ultraman Ace. 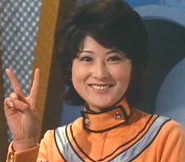 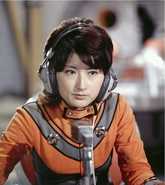 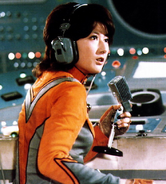 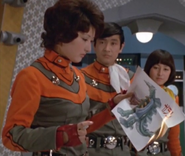 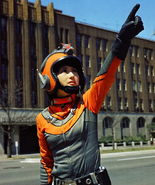 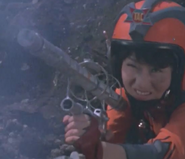