Ultraseven episode 42 "Ambassador of the Nonmalt"

Ultraseven: The Final Chapters episode 6 "I Am an Earthling"
Nonmalt (ノンマルト Nonmaruto) is a humanoid species from the Ultraman Series, they first appeared in Ultraseven episode 42.

Civilians that forced to live underwater by human ancestors sought revenge for thousands of years, lying beneath the sea in their own city. In the modern era, they finally struck by destroying two large ships and sending Guyros to attack the third. Later that day Nonmalts used Gloria (グローリア Guroria) a nuclear submarine that they stole from the United Kingdom sometime ago to attack a local harbour town and opened fire with Guyros to assist them. However, the Ultra Guard forced the submarine to dive under the water. With Guyros battling Ultraseven, Nonmalts had very little hope as they were soon finished by the TDF HR1 with their city shortly after.

"The intelligent lifeforms from the outer space has now become your enemy!"

A female Nonmalt appeared in the series Heisei Ultraseven - I Am an Earthling.

Nonmalt appears as a human woman, representing her species she declared to the space-faring civilizations that modern humanity had destroyed her race. To prove that mankind was not the savage race most of the universe perceived them to be humanity had to release the Omega Files, a collection of information taken from the destroyed remains of the Nonmalt city which also held some of the secrets of the Universe waiting to be decrypted. Nonmalt appeared to Dan/Kazamori explaining her situation, which later included Kaji's aggression plot to conquer the universe. Despite her seemingly just cause her desires were no different from that of most invaders, her goal was to wipe out humanity so her brethren who had long escaped to another world could claim the Earth after humanity was destroyed. To this end she led Kazimori into a trap where the now xenophobic humans, which included TDF officer Kaji, would capture him and later sent Zabangi to destroy the satellites dishes transmitting the Omega Files. The humans' failure to release the file would make her slaughter of all of them legal in the eyes of the Space Faring civilizations. However, her plan was spoiled when Seven's allies in the UG freed him.Seven entered the Ooparts storage facility and, after stopping Kaji from discouraging him from entering, he was greeted by a Nonmalt and she revealed to him that inside the ancient casket was not only the Earthling he loved but also their chosen one to be the witness of their civilization's fate and the truth of the recent Earthlings. That turned out to be Furuhashi, whom the Nonmalts revived him by converting him into Tachyon particles, brought to their time and reconstructing him from the said particles. Later, Seven confronted the Nonmalt, attempt to convince her to forgive humanity but she refused to do so. Despite her threats that the Omega Files release would show him as a mass murderer for failing to stop the Nonmalt genocide carried out by the original Ultra Guard and her warning that he would be convicted for breaking the law, Seven still transformed and stopped her monster. Afterwards, she taunted him that there "was nowhere for him to live in the universe" and disappeared. 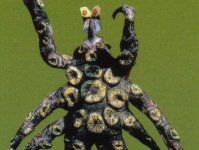 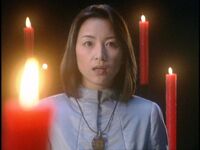 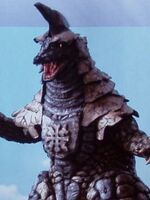 Zabangi
Add a photo to this gallery 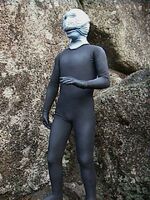 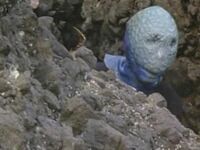 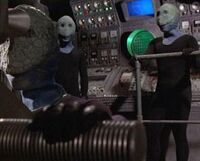 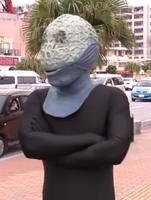 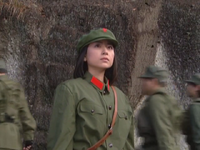 A Nonmalt disguised as a Chinese Soldier 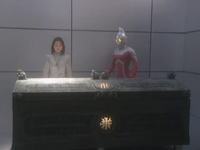 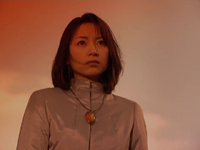 Nonmalt's concept art
Add a photo to this gallery
Retrieved from "https://ultra.fandom.com/wiki/Nonmalt?oldid=522970"
Community content is available under CC-BY-SA unless otherwise noted.