As mankind continued to fight amongst itself, it also began to explore the limitless depths of space. Reaching as far out as Mars, humanity began to threaten other races with its own recklessness. A rocket that was sent to Mars crash landed off the coast of Japan where two golden spheres, discovered on the red planet, were stolen by a pair of thieves. While one sphere would be dropped and then recovered by Ippei, the other was taken to the thieves’ hideout in a cave. Accidentally dropping the golden orb, the pair released a hideous monster on the world when the orb hatched into Namegon once falling into a hot spring!

Roaring aloud, the slug-like monster killed the thieves with its eye beams. Soon the monster broke out of the mountain, challenging the people around it! As Ippei and Yuriko flee with the soldiers and civilians, the creature takes chase and accidentally falls off the cliff, splashing into the ocean below! The alien’s body is quickly dissolved, leaving the stunned world to wonder what it was.

Not long after, as Ippei, Yuriko, and Professor Ichi-no-tani discuss what the creature could have been, the second orb, being worn by Yuriko as a pendant, began to grow once close to a heat source! They quickly realize what it was and threw it out the window. Not long after, the second Namegon emerges, ready to challenge the world. The monster would quickly be dealt with much like the first, but the statement made by the rulers of Mars was loud and clear: stay away

A Namegon was wrecking havoc in America with the GAF of America failing to capture the giant slug, leaving it to continue its rampage for over two weeks. STORAGE was contacted and used their anti-monster robot, Sevenger in its first ever mission, defeating the menace of Namegon and proving to GAFJ that giant robots were viable in the combat against monsters. 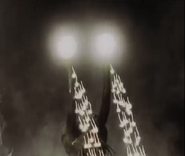 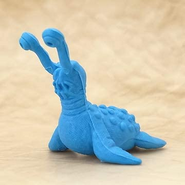 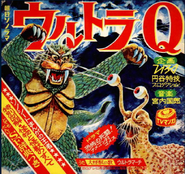 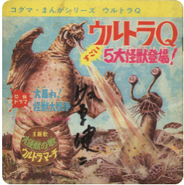 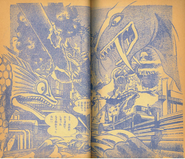