Fireman episode 19 "The Space Monster vs. The Primeval Monster"

A friendly alien monster from the Super Gravity Star, MukuMuku arrived to assist Fireman in fighting Makunosaurus. Using his ability to summon fog to great effect, MukuMuku used his fire breath to weaken the monster in conjunction with his physical strength, and eventually the duo was victorious. 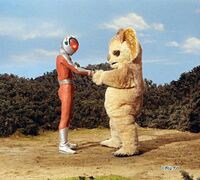 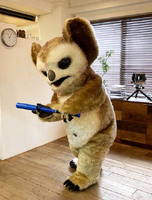 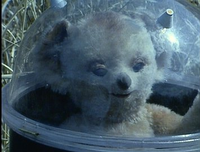 Small MukuMuku in a pod.

A MukuMuku plush being held by Dada. 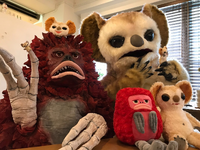 Retrieved from "https://ultra.fandom.com/wiki/MukuMuku?oldid=511864"
Community content is available under CC-BY-SA unless otherwise noted.