None
Mognezun (モグネズン Mogunezun) is a poisonous kaiju from the TV series, Return of Ultraman, that appeared in episode 11.

Mognezun was a monster who had been feeding on the Yellow Gas (a real life World War II weapon) dumped by Japan's Army, giving the monster his poisonous gas powers. Mognezun used his gas to attack trespassers who neared his territory, often disappearing before MAT could react or arrive. However MAT watched a film that was at the scene and showed that a entire film crew dying at the hands of the gas.

After taking out one of MAT's members, the rest of MAT tried to take care of the situation. At first they seemed to get the advantage by placing a giant muzzle over Mognezun’s dangerous mouth, but Mognezun eventually pried it off and sprayed his gas at Go. Luckily Ultraman Jack appeared and the two fought. While Ultraman tried to fight the monster, Mognezun used his poisonous spikes to paralyze Jack and started poisoning Jack with his gas. MAT quickly returned with a new weapon, a gas machine that exhaled a white gassy substance that made Mognezun's poison flammable. Jack proceeded with firing the Spacium Beam and igniting the gas. With Mognezun's gas effect nullified, Ultraman Jack was able to regain control of the fight and ultimately struck Mognezun in the head with his Meteor Kick, causing Mognezun to keel over and die. 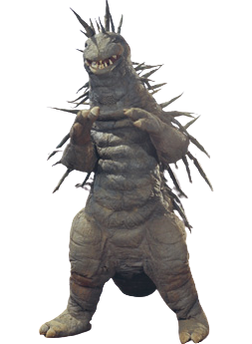 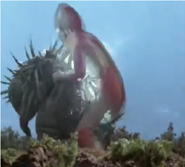 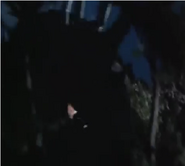 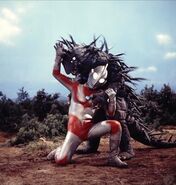 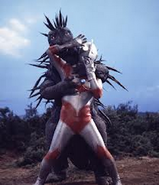 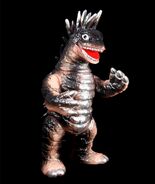 Figure of Mognezun, by Bullmark. 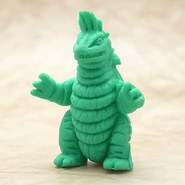