Moetaranga (モエタランガ, Moetaranga), also known as Moyatalanka, is an alien that appeared in the TV series, Ultraman Max. He appeared in episode 31.

Moetaranga was an alien who had come from another dimension and landed on Earth in hopes of feeding on the humanity and Earth's nervous system. Appearing in the middle of a city, the alien quickly began his attack on humanity, trying to draw out the attention of DASH and Ultraman Max. Sure enough, DASH arrived to do battle against the alien, but everything was all going accordingly Moetaranga's plan. Shortly into the battle between DASH and Moetaranga, the alien released his virus across the entire city, infecting its population and all those on DASH, making them all act wild and hyper active in their effort to stop him. Kaito erratically transformed into Ultraman Max to battle the alien, but his hyperactivity caused his Color Timer to blink within 30 seconds since transforming and also causing Max himself to be completely drained of all his energy, forcing the Ultra to revert back into Kaito. DASH and the population fell too to the alien's virus and the city was put into a semi-catatonic state.

Moetaranga took the opporitunity to gloat at Kaito's feeble state, revealing his plans of consuming the mental state of mind to those affected by his virus, leaving him to destroy Earth without opposition. Fortunately, Chief Tomioka, Yukari Yoshinaga, and Dr. Date, older members of DASH were still up and active as their slow metabolism allowed them to fight the alien themselves as a cure was being done to stop the alien. Their efforts however did not last long before the virus took its effect on them, but not without motivating the population (including Kaito) that humanity is not as weak as Moetaranga believed they are. Motivated, Kaito transformed back into Ultraman Max to combat the alien long enough for the cure to be completed and fired at the ultra, curing him of the virus. Now rejuvenated, Max was able to combat Moetaranga with ease and ultimately destroyed him with the Galaxy Cannon. 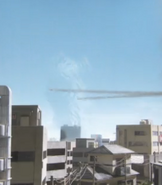 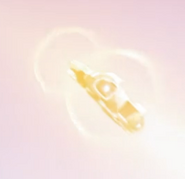 Capture Rings
Add a photo to this gallery 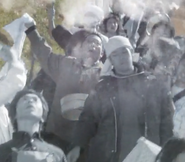 "Burnt out" victims, the effects of the virus 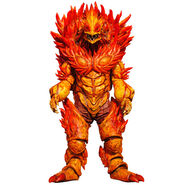 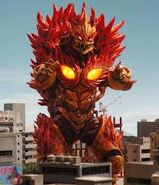 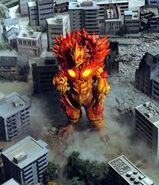 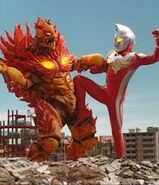 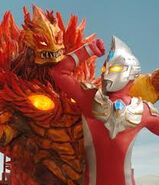 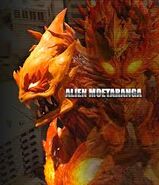 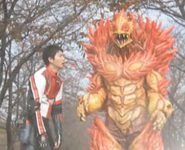 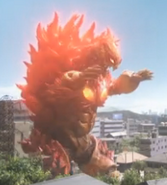 The virus effects a human

Moetaranga fires capture rings
Add a photo to this gallery
Retrieved from "https://ultra.fandom.com/wiki/Moetaranga?oldid=432104"
Community content is available under CC-BY-SA unless otherwise noted.