Ultraman Wiki
Register
Don't have an account?
Sign In
Advertisement
in: Heroes, Other Heroes, Protagonists,
and 4 more

The Earth is once again in peril as a race known only as The Invaders from the Planet X, plots to conquer our planet. The aliens soon discover the existence of Kyotaro and made plans to capture the young man. They targeted the young man because he was the half-human son of the original Mirrorman. By now Kyotaro was a young man and photographer with no interest in fighting despite the SGM captain's request. Said captain, Dr. Mitarai, was a friend of his father and Kyotaro's mother Yuko was his assistant. The young man had difficulty accepting his destiny, refusing to believe he was only half human but he soon realized that he is the only one who could save the Earth from the Invaders, when they tried to assassinate him. In the industrial district Kyotaro had his first battle as Mirrorman and fought a giant monster and an invader ship with the help of SGM.

Mirrorman was eventually caught by the Invaders, who planted a bomb inside him that would go off should he transform for too long, thus placing a time limit on Mirrorman. Despite that, Mirrorman continued to fight against the Invaders and protected mankind until the invasion was over.

Kyotaro uses his father's pendant, shouts 'Mirror Spark' and faces a reflective surface such as a mirror, a body of water, plastic, crystal, etc., to which he holds up his Mirror Pendant and shouts "Mirror Spark!". He is then transported through the 2nd dimension and reappears elsewhere as Mirrorman, as Mirrorman he can also move through the Mirror World so long as there is a reflective surface.

Manufactured by Inspire, Legend Hero Returns Mirrorman is based on his appearance in the TV series. He features only 2 points of articulation, and it was made in scale with Bandai's Ultra Hero Series. His belt is also molded with his bomb timer. 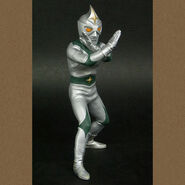 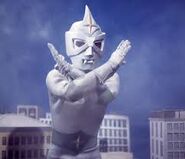 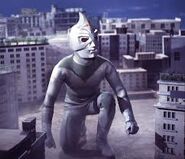 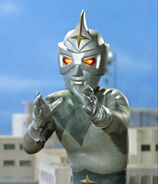 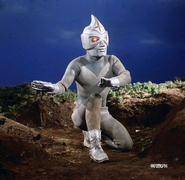 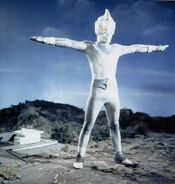 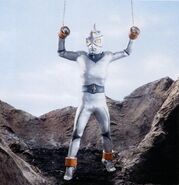 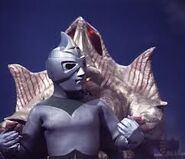 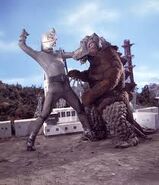 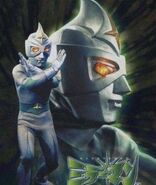 A promo shot of Ultraman Jack and Mirrorman