Miraclon (ミラクロン Mirakuron) is a capsule monster that appeared in the film, Ultraman Zearth 2: Superhuman Big Battle - Light and Shadow.

Miraclon was a capsule monster given to Katsuto, Ultraman Zearth's human form, by his father after he losing a fight against Ultraman Shadow. When Ultraman Shadow entered the city to challenge Zearth, Katsuto summoned Miraclon to battle the robot Ultra instead. In retaliation, Lady Benzene summoned Ultraman Shadow's own capsule monster, Darklar to do battle instead. Miraclon was clearly the stronger monster in battle and quickly defeated Darklar by using his electro-kinetic bolts to hurl him at its master. Provoked by Miraclon's attack, Darklar was quickly summoned back into its capsule by Ultraman Shadow, who was now ready to fight. Pummelling it with several Shadow Fist Punches, Miraclon was severely overpowered by the evil Ultra, forcing Katsuto to call him back to his capsule before he could suffer anymore harm.

Miraclon can only last for 1 minute in battle, afterwards he will be forced to retreat back into his capsule.

Electro-Kinesis
Add a photo to this gallery 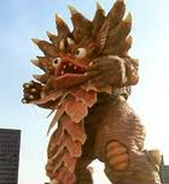 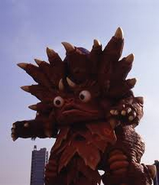 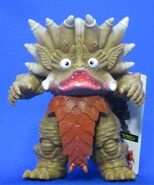 Ultra Monster Series Miraclon
Add a photo to this gallery
Retrieved from "https://ultra.fandom.com/wiki/Miraclon?oldid=393471"
Community content is available under CC-BY-SA unless otherwise noted.