As a result of the alien immigrants to Earth, there have been new forms of technology introduced, among them are the mimicry systems. Unlike is prior series, the act of alien mimicking human form is shown not to be a natural ability (at least for the alien that have appeared) and thus there are multiple ways of mimicking human form. 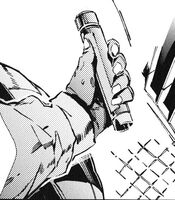 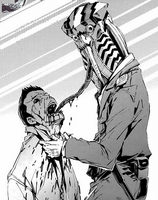 Alien Adacic's partially removed suit
Add a photo to this gallery
Retrieved from "https://ultra.fandom.com/wiki/Mimicry_System_(ULTRAMAN)?oldid=511728"
Community content is available under CC-BY-SA unless otherwise noted.