Memole was the weapon of the Alien Dorzu in their conquest to build an empire on Earth. Memole was brought to Earth when Alien Dorzu kidnaps Mari a childhood friend of Tetsu Kitjama and turns her into a weapon of the alien. Mari is aware of her being a weapon and is in tears when she was in trouble when entering the ZAT HQ. She announces herself as a weapon of Dorzu and shows proof that she is being turned into Memole. This terrifies Kitjama as Mari keeps asking for someone to kill her. Then as ZAT arrives at the scene, they are too late as Kotaro hesitates to shoot Mari. Mari then turns into Memole and causes destruction in Japan. As Kitjama and Kotaro are hesitant of shooting her they are finally convinced and shoot the monster only for the planes to be engulfed in flames by Memole. As the team parachutes on the ground, Kitjama drives a ZAT car towards Memole to try to talk to her only for him to almost be killed only for Kotaro to turn into Ultraman Taro and saves Kitjama's life. Taro and Memole fight and Memole uses her smoke screen to attack Taro from behind. The monster uses her long tail to choke Taro leaving him at a disadvantage. He finally gets out of the situation and as Taro tries to shoot her with the Strium Ray, Memole still has a bit of Mari left in her and decides to send her to space. This leaves Kitjama to shoot a red shoe that arose from a lake as from that day forward wants to forget about Mari, his childhood friend. 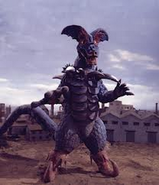 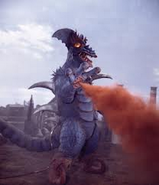 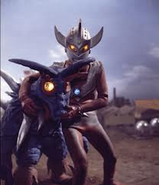 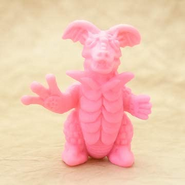