Prophesied to return with Golza long ago, Melba emerged from the side of a mountain on Easter Island during the night and shortly after took off to join Golza in the destruction of humanity. Melba reunited with Golza as Golza was destroying Tiga's pyramid of light and assisted the Kaiju in destroying two of the three statues that resided in the pyramid. Before they could destroy the final statue, Daigo Madoka merged with it and Ultraman Tiga was reborn. Tiga was more than a match for both Kaiju and eventually, Golza's feet were broken during the battle after Tiga transformed into Power Type. Melba was left to defend its ally as Golza fled underground and was able to outmaneuver Tiga in Power Mode, but after Tiga transformed into Sky Type, the battle turned back to the Ultra's favor and Melba was destroyed by Tiga's Ranbalt Light Bullet after Tiga used his Tiga Sky Kick to knock the flying Kaiju to ground. Inheritance of Light

In episode 7 and 8 of Ultraman Ginga S, Melba's Spark Doll were used by Alien Chibull Exceller to become Five King.

Melba reappeared in episode six of the series Ultraman Orb as a Kaiju Card used by Alien Nackle Nagus in a card game alongside Jugglus Juggler and Alien Metron Tarude. The Forbidden Forest

In Ultraman Ginga S, Melba was revealed to be a part of Alien Chibu Exceller's collection. 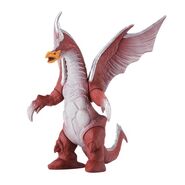 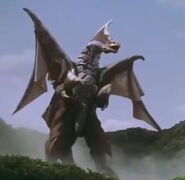 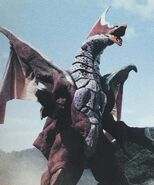 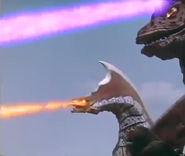 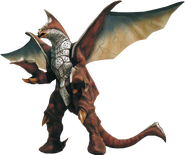 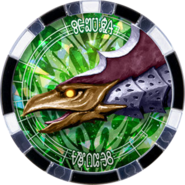