Meemos (ミーモス Mīmosu) or Mimos was a originally a computer virus, called Crisis Ghost (クリシスゴースト Kurishisu Gōsuto), created by Queen Mezard that infected the photon computer Crisis, which was designed by Hiroya Fujimiya (Ultraman Agul's host). Crisis Ghost went berserk during the arrival of the giant kaiju Zoruim. After Crisis' system were frozen, Crisis Ghost transferred its content to the internet and transferred itself into the remains of the alien lifeforms Apatee, and Algyuros, that GUARD had retrieved placed in a research building, and created his physical from. 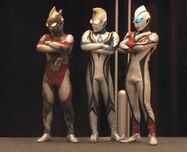 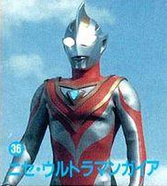 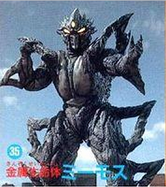 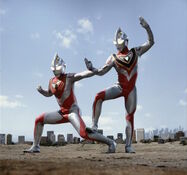 Add a photo to this gallery
Retrieved from "https://ultra.fandom.com/wiki/Meemos?oldid=213098"
Community content is available under CC-BY-SA unless otherwise noted.