Ultraman Gaia episode 27 "A New Battle ~Version-up Fight!~"
Meemos (ミーモス Mīmosu), or Mimos, was originally a computer virus, called Crisis Ghost (クリシスゴースト Kurishisu Gōsuto), created by Queen Mezard that infected the photon computer Crisis, which was designed by Hiroya Fujimiya (Ultraman Agul's host). Crisis Ghost went berserk during the arrival of the giant Kaiju Zoruim. After Crisis' systems were frozen, Crisis Ghost transferred its content to the internet and transferred itself into the remains of the alien lifeforms Apatee and Algyuros that GUARD had retrieved placed in a research building, and created his physical from.

The Crisis Ghost infected the photon powered computer, Crisis, the day it was put online. Crisis was created to predict the Earth's future by calculating every possible outcome, however Crisis Ghost's corruption made the computer predict that humankind would lead to the destruction of the Earth. This false prediction is what lead Hiroya Fujimiya on his path to become Ultraman Agul and try to save Earth from mankind, asked it what should be cleansed on Earth. The answer shocked him when the computer showed him that the world's fate was destruction and it cause: Mankind. Abandoning the project he began several other research projects (also leading to Agul's misguided idea), one was to control monsters to keep them away from populate areas and the other was to find the 'will if the Earth', to devise a solution for the world's problem. The Birth of Agul

When Zoruim arrived on Earth, Crisis Ghost send the presence of the Radical Destruction Bringer, and went berserk leading to GUARD of Europe to freeze Crisis, however Crisis Ghost still managed to escape to the internet and go unnoticed, by GUARD and XIG. After Zoruim's destruction, Crisis Ghost invaded XIG's computer, but it was driven out and traveled to GUARD's Geo Base, where it invaded the storage containing the pieces of Apatee and Algyuros. After melding the pieces together, it morphed into Fake Ultraman Gaia (ニセ・ウルトラマンガイア Nise Urutoraman Gaia).

Ultra Hero Series Imit Ultraman Gaia is a redeco of the first Ultraman Gaia toy. replacing the silver paint with a yellowish tone to differentiate the first figure, though this results on a less show-accurate color due to the suit being unchanged in the TV series. The deco's pattern is identical to the original 1998 toy sans the eye color, which is painted in a yellow-and-white gradient to represent the helmet's glowing eyes.

Unlike Imit Ultraman Agul, this figure is the only toy in the lineup to not have a vintage release during the show's airing. 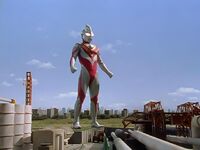 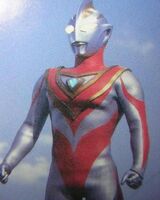 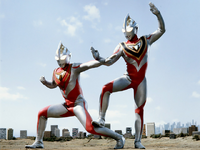 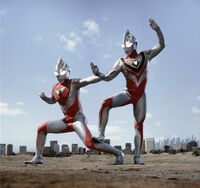 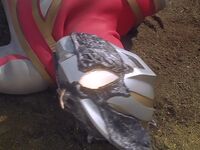 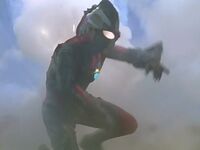 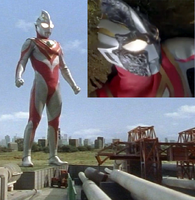 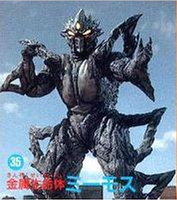 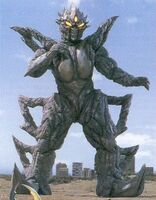 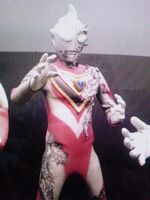 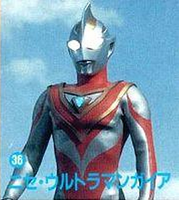 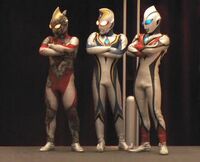 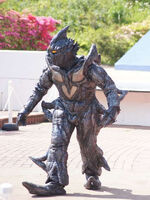 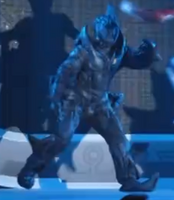 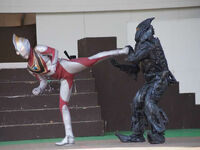 Retrieved from "https://ultra.fandom.com/wiki/Meemos?oldid=528402"
Community content is available under CC-BY-SA unless otherwise noted.