In some Chinese islands, an oil extractor experienced stoppage. A giant egg was found inside the pipe. The egg hatched and a small monster burst out! It was lured out to the beach and destroyed, but he left some of his cells in a stone. While on break, one of the UGM members found it, and, thinking it was a seashell, gave it to Emi. Later on, in the UGM base, the monster reformed, invading the boiler room and killing several workers. It then escaped through the pipe with two UGM members in pursuit.

Meanwhile, Emi and Harada analyzed its cells to see how to really destroy it. The UGM members were unable to find the Medan, because it escaped into the city's gas system. While they are unable to attack, due to the fact that fire would cause the monster to explode and regenerate again, they discovered that if they froze him they could fire it into space.

The monster emerged from the underground gas system as a giant. It began to drink more oil. 80 transformed to keep the lightning off until freezing missiles arrived, and when frozen, 80 tossed the monster into space and destroyed it with his Succium Beam. 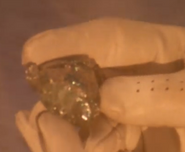 Cells left behind, used to reform 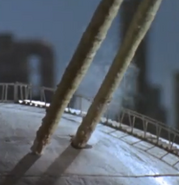 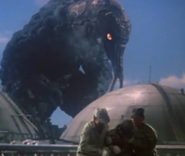 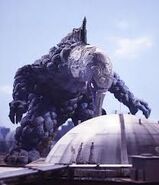 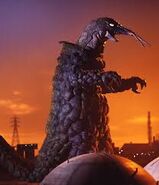 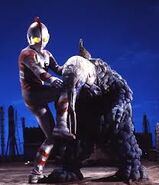 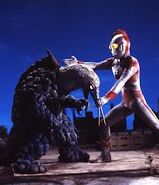 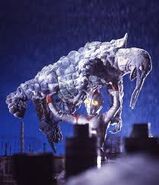 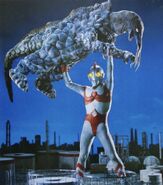 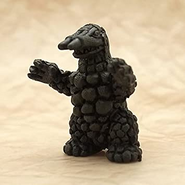