On April 30, 2019, Mayu announced her retirement from the acting industry.[1] On July 10th, 2019, an annual date known as 'Ultraman Day', Hideyoshi Iwata - her Ultraman Geed co-star who portrayed the role of Alien Shadow Zena - publicly announced his marriage to her via his personal twitter account. On September 8th 2020, her husband Hideyoshi publicly announced that She gave birth to their first child. [2] 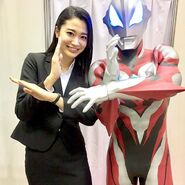 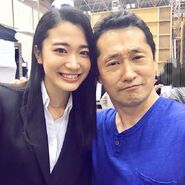 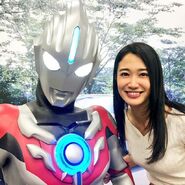 Retrieved from "https://ultra.fandom.com/wiki/Mayu_Hasegawa?oldid=500333"
Community content is available under CC-BY-SA unless otherwise noted.