Mr. Hasunuma, the script writer for Ultraman Max, begins to dream that he is Kaito Touma who is investigating a kaiju signal and finds a mysterious woman, who he calls the Kaiju maker. The Kaiju maker then asks Mr. Hasunuma/Kaito if he could help her make an invincible monster, Hasunuma/Kaito then asks her what does she mean, she then explains that she creates monsters that are destroyed every day, but just once she wants to make a monster that well consume the world. She then begins to make a monster out of clay with Hasunuma/Kaito telling her what it looks like and what it does, once it is finished she names it Madeus, derived from Deus ex Machina.

Back in the world of Ultraman Max, Kaito tells Mizuki that he has been having dreams that he was a script writer, Mr. Hasunuma, who is struggling to finish his story, Mizuki tells him it reminds her of a story of Chung Tzu who dreamed he became a butterfly, and his dream felt so real and when he woke up and Chang Tzu wondered if he was a butterfly, or a man. Kaito then realizes that the Kaiju maker is interfering with both his world and the real world. Kaito suddenly finds himself now taking Mr. Hasunuma place in the real world while Mr. Hasunuma is taking Kaito place in the his world. Kaito finds Mr. Hasunuma unfinished script and reads that Madeus defeats DASH's mechas and it is up to Mr. Hasunuma to defeat Madeus as Ultraman Max. However, Max was barely putting up a fight, Madeus was easily overpowering Max and consumes him into another dimension inside his body. Max eventually destroyed Madeus with his Powered Tornado. 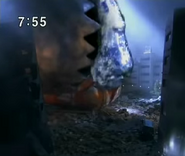 Consume
Add a photo to this gallery 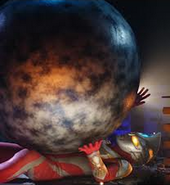 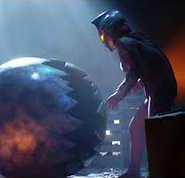 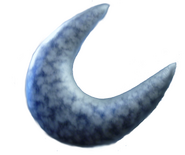 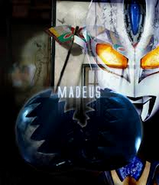 Add a photo to this gallery
Retrieved from "https://ultra.fandom.com/wiki/Madeus?oldid=404077"
Community content is available under CC-BY-SA unless otherwise noted.