MAC is a defense team which succeeded the Earth Defense Force (地球防衛隊 Chikyū Bōei-tai). The series' main setting is the Asia branch of MAC, but whereas there are multiple MAC operation bases across the globe. Dan Moroboshi commanded the Space Patrol Team (宇宙パトロール隊 Uchū Patorōru-tai), which is based in Asia's MAC Station. The Space Patrol Team's primary mission is to ensure the safety of spacefarers, quickly detect, and repel Kaiju and extraterrestrial attacks.

MAC is one of the most radically different Ultra support teams. As mentioned above, the captain is Dan Moroboshi, who is Ultraseven deprived of his ability to transform. Members get killed off and replaced with frightening rapidity. To top it all off, MAC (specifically the Asia Branch Headquarters) gets annihilated mid-series (episode 40).

The MAC Asia Headquarters (MACアジア本部 Makku Ajia Honbu), commonly known as MAC Station (MACステーション MAC Sutēshon), is one of the five space bases of MAC. It is situated 400km above Japan and has a permanent crew of a hundred. Maccy 1 is docked on the top of the base, while smaller fighters such as the Maccy 2 and Maccy 3 are stored and launched from inside. The base was destroyed by Silverbloome along with everyone inside it, with Gen and Dan being the only survivors. The other four intact MAC Stations are located above North America, South America, Europe, and Africa's branches.

The leader of MAC and the human disguise of Ultraseven. In the battle with Alien Magma and Giras Brothers, he was wounded and lost his transformation ability. He would sometimes train Gen after he was defeated as Leo. He went missing after the first Saucer Monster - Silverbloome arrived on Earth and destroyed MAC's base. In episode 40 he returned with a new look and a mustache. In the final episode, he appears as Ultraseven in Gen's dream before Gen battles the final Saucer Monster - Black End.

The third MAC member. He was the first vice captain of MAC. His plane was smashed by Alien Boze in 19th episode, thus killing him.

He is portrayed by So Kuroda.

The next MAC member to be a leader after Kuroda. He did not talk much but he was a good strategist in battle. In episode 16, he was killed by Alien Atler.

He is portrayed by Nobuo Hirasawa.

The final commander of MAC. He was a kind person, but was killed by Silverbloome.

He is portrayed by Shigeo Tedzuka.

The protagonist and the No.7 MAC team member, also Ultraman Leo's human disguise. After his homeworld Planet L77 was destroyed by Alien Magma, he moved to Earth. He was a coach in the South Town Club. After the battle with Alien Magma and Giras Brothers he was invited to join MAC. His girlfriend was the member of the South Town Club but was killed by the first Saucer Monster - Silverbloome. After the MAC and South Town Club were destroyed, he lived in Mei's house. After defeating Black End he decided to travel to an unknown place, leaving Earth.

The sixth MAC member. He has a extremely knowledgeable in fixing any broken machines. In episode 15, he was killed by Alien Flip.

He is portrayed by Kenji Oshima.

The fifth MAC member. He loved battle, especially the battles with monsters and aliens.

He is portrayed by Yuichi Yanagisawa.

The eighth MAC member. While mainly working at communications in the MAC Base. She could also pilot MAC plane No.2. She was swallowed alive by Silverbloome in episode 40.

She is portrayed by Mieko Mita.

The ninth MAC member. Like Junko, she mainly with communications. In episode 16, she was killed by Alien Atler while driving her car.

She is portrayed by Kyoko Aradama.

He was the first MAC member who been killed. He is a very willing guy. In episode 3, he was killed by Alien Tsuruk.

He joined MAC team with Jun. He was skilled in piloting MAC plane No.2.

He is portrayed by Takashi Asakura.

After his girlfriend was killed by Alien Karly in episode 6, he joined the MAC team with Ippei. He was later killed by Silverbloome in episode 40.

He is portrayed by Masaharu Matsuzaka.

A professional skier decided to join MAC after fighting Northsatan to protect The Goddess of Nike while on a boat to his ski tournament. He then broke his leg to Northsatan which then was healed by Alien Alpha. Kitayama said he would have to leave MAC to join the ski tournament. Unlike most MAC members Kitayama did not die as he left for the Auora Ski Tournament.

She is Haruko Momoi's older sister. She works on contacting. Sometimes she will appears in the battle. At the day of her birthday (episode 40), she was swallowed alive by Silverbloome.

She is portrayed by Tomoko Ai.

He is a traveller and honorary MAC member. Saburo was given a temporary membership in MAC as he was needed to stop Bango. After Leo defeated Bango, Saburo bids farewell to everyone and departed to Himalayas to search for a Yeti. 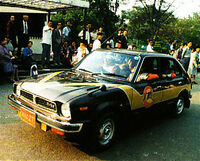 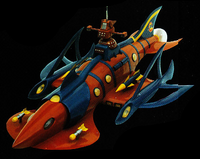 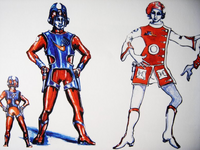 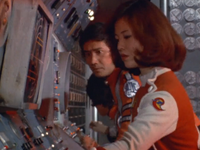